First ever Drive In Cinemas launched in Pakistan
19 Dec, 2020 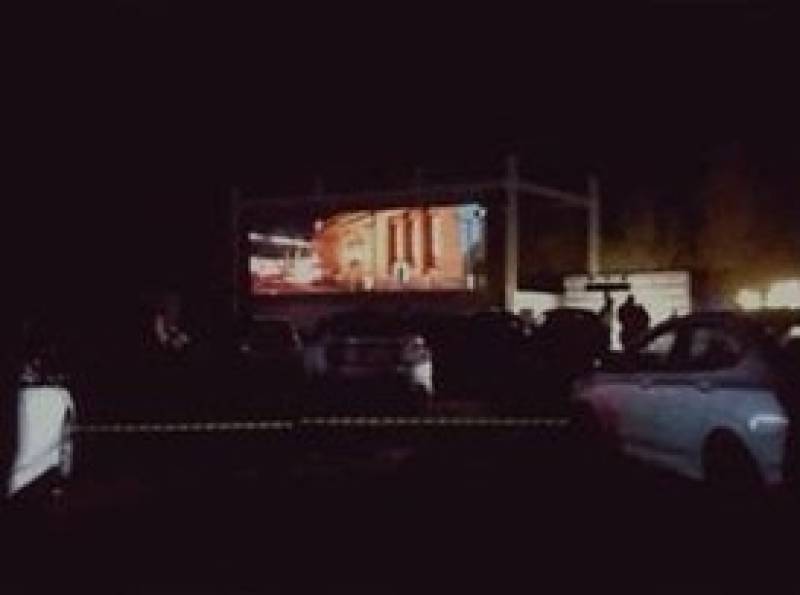 ISLAMABAD - With the closure of indoor movie theaters around the country due to covid-19 pandemic, the sunset industry has made an obvious entry in the Federal Capital as two blockbuster Hollywood movies were screened at the first-ever drive-in cinema, set up in the Fatima Jinnah Park on Friday evening.

Screening of two movies including ‘War for the Planet of Apes’ and ‘Spider-Man Far From Home’ made the moviegoers euphoric, who were forced to watch the movies on small screens, owing to the social-gathering restrictions of contagion.

“I was eagerly waiting for the launching of first-ever drive in cinema of Islamabad, and finally it has come to the end as right now I am watching the movie on a big screen while sitting in the car,” Sayed Hasnain, a jubilant moviegoer, told APP at the park located at sector F-9 of Islamabad.

He said prior to the coronavirus related restrictions, he had never missed any weekend without watching movie at the indoor cinemas, but after the pandemic, there was no such facility available in any city.

He regretted that the situation forced him to watch movie on small screen while staying at home, but now “I felt relieved with the launch drive-in cinema in Islamabad.”

There was big difference between watching a movie on big screen and small one, Husnain said when told him about growing tendency of using Netflix among the youth for the purpose.

Hareer Irfan, another moviegoer, said such facilities would not only provide risk-free recreation opportunity, but also give push to the sun-set industry in the country

Safest recreational opportunities become indispensable in times of the coronavirus as it had badly affected people’s mental health, the head of psychiatry at the Pakistan Institute of Medical Sciences (PIMS) Dr. Rizwan Taj said.

He said the importance of such initiatives in the post-pandemic scenario had doubled as it had disrupted social life of people and had multi-dimensional affects on the society including economic, business, domestic, educations and other.

CDA Chairman Amer Ali Ahmed, who was a major driving force behind the initiative, told APP that the drive-in cinema would provide recreational opportunity to residents of twin cities of Rawalpindi and Islamabad under the safest environment.

He said while sitting in their cars people could watch movies on big screen by using radio set for audio. “If this project attracts people, we will set up two or three more such facilities in Islamabad,” he maintained.

The drive-in cinema with a capacity for 200 cars carrying a maximum of three people – is a joint venture of the Capital Development Authority (CDA), telecom operator Jazz, and a private entity Active media.

According to the organizers, the drive-in cinema will be offering two shows daily, on Friday, Saturday, and Sunday in the evening against Rs1,000 for each car.