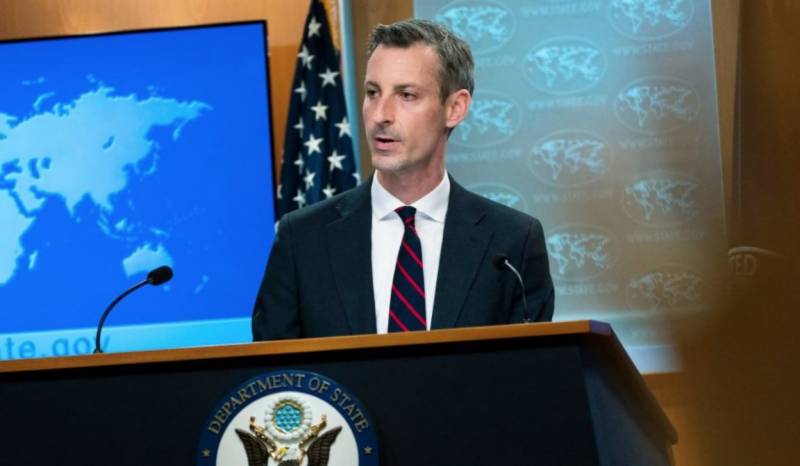 WASHINGTON – The United States has reiterated Pakistan’s status as a key ally and reaffirmed its commitment to working with the Sharif-led government on regional and international issues.

Spokesperson of the US Department of State, Ned Price, on Monday held a press briefing in which he mentioned that the US viewed the country of 221 million as an important partner for bringing peace and stability in the region.

Price called the years-long relationship with Islamabad ‘vital’, saying Washington has already felicitated the new Prime Minister Shehbaz Sharif on his election, and we look forward to working closely with his government

US official negated to comment when asked about reported airstrikes by Pakistan inside Afghanistan’s territory. He further mentioned that US saw Pakistan as an important partner, with whom we are engaging and have engaged as we work together to bring about a stable Afghanistan.

The comments of US official comes a week after the White House congratulated PM Shehbaz on becoming the premier of Pakistan and expressed hope to boost bilateral ties.

Newly elected PM Sharif also mentioned that his government wished to constructively and positively engage with the US to promote shared goals of peace, security and development in the region. In his inaugural speech, Shehbaz Sharif vowed to deepen relations with the US and other countries in all domains.

New Pakistani premier, the brother of former PM Nawaz Sharif, was elected by the National Assembly after Imran Khan was ousted from his office through a no-trust vote.

PTI Chairman has been accused Washington of hatching a conspiracy to oust him from the office, the allegations White House rejected on multiple occasions.