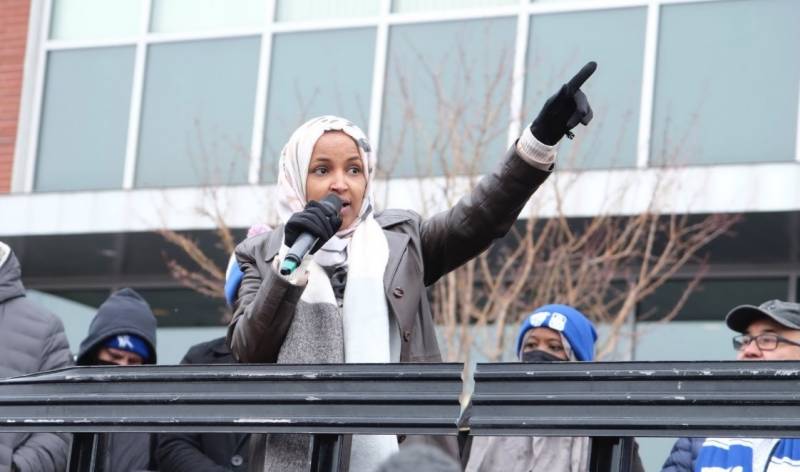 ISLAMABAD – Ilhan Omar, who made history as being one of the first Muslim women elected to serve in US Congress, arrives in Islamabad today on her first visit to the country during which the Democrat leader will meet Pakistan’s top leadership.

Ilhan, a Somali-born former refugee, is reportedly scheduled to visit the country’s cultural capital Lahore and Azad Kashmir during her trip to the South Asian country.

Reports in local media quoting the Foreign Office said there has been no official announcement from Islamabad and Washington in this regard, while the duration of the trip is not yet known.

Meanwhile, the visit of the American politician to Azad Kashmir also garnered attention as she earlier pressed US senior diplomats for not speaking against the long-standing campaign against Muslims in Indian occupied Kashmir.

‘Why no criticism of Modi government on human rights?’ she asked Biden administration. Omer also called for the restoration of democratic norms, human rights, and religious freedom, and de-escalation after Modi-led government abrogated articles 370 and 35A in respect of the Indian-held state of Jammu and Kashmir.

The Democrat leader also speaks out against Islamophobia and is a frequent target of extremist groups. Omar represents the State of Minnesota in Congress, one of the two Muslim women elected to the US Congress in 2018.