ECP makes important statement over use of EVM and I - Voting in next general elections
19 Apr, 2022 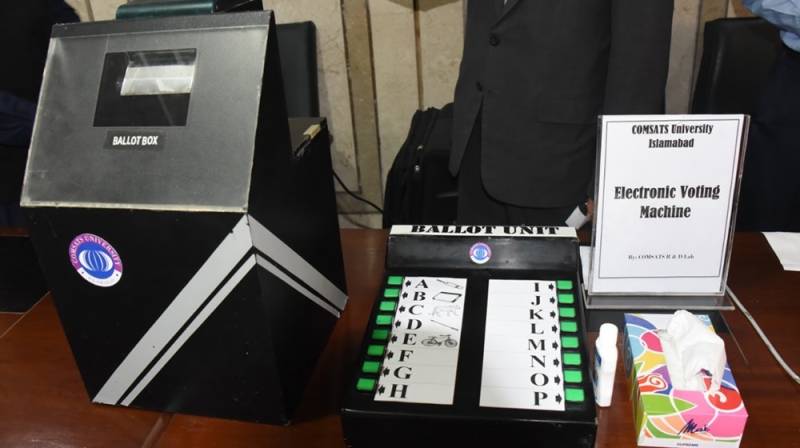 The Election Commission of Pakistan (ECP) has made it clear that the use of Electronic Voting Machines (EVMs) and i-Voting are not possible in the general election if held in October this year.

According to media reports, the ECP, despite amendments to the Elections Act, 2017, which were adopted in the joint session of the parliament in November last year, is not ready to adopt the technology due to various reasons.

One of the core reasons is the shortage of time to complete the time-consuming selection process of the technology.

“The EVMs require repeated pilot projects, trials, and tests before being adopted. The process, even if expedited, can at least take four to five months,” an ECP official privy to the matter said.

He added that procurement of the machines through internal/international tendering may take up to six months as these technological gadgets are not available in bulk, i.e., 700,000-800,000, as required by the ECP, nor they could be procured straight away from the global markets.

Once the procurement process is done, the next step is to gain the confidence of the public, political parties, and other stakeholders in the technology shift. This would be challenging as a larger electorate falls in the rural areas.

“More than half of Pakistan’s over 220 million population is eligible for voting and switching to the new technology would not be easy,” he said, warning that Pakistan could not afford controversy in elections.