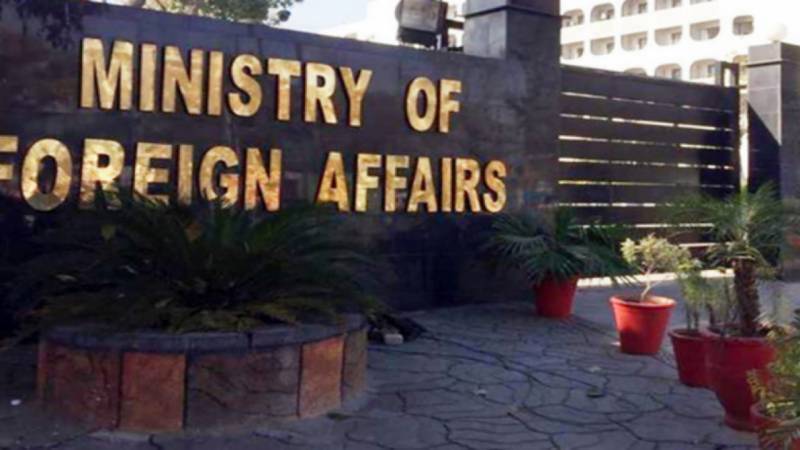 In a statement issued here, the Foreign Office said these deplorable actions, only days ahead of the UN General Assembly session, manifest India’s growing intransigence and utter disregard for human rights and fundamental freedoms.

These arrests have marked a new low in the Indian occupation forces’ blatant and continued onslaught on the human rights of the innocent Kashmiris.

The reprehensible arrests of the Kashmiri Islamic scholars under the draconian Public Safety Act (PSA) that defies all international humanitarian laws and permits preventive detention for as many as two years without the need of any trial, is a deplorable preemptive step by the Indian authorities planning to illegally occupy the religiously significant ‘Waqf Board’ properties, the statement reads.

Apprehensive of widespread protests and unrest in the face of such a malicious move, these scholars have not only been unjustifiably arrested but shifted from Kashmir to a prison in the Hindu majority Jammu. These politically motivated arrests are clearly meant to stifle the voice of the Muslims of IIOJK and further marginalize them, it added.

Pakistan calls for the immediate release of these religious scholars and all other Kashmiri prisoners illegally detained by India.