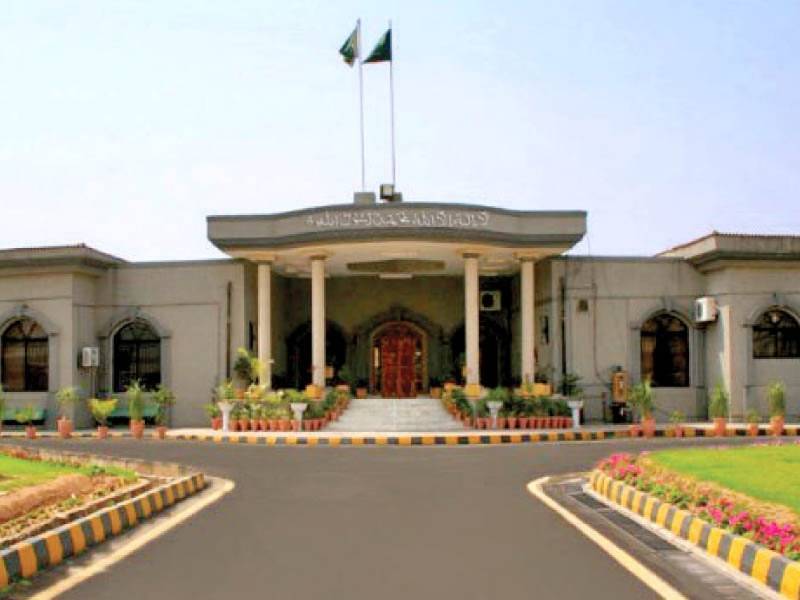 The Islamabad High Court has disposed of a petition filed by PTI Chairman Imran Khan challenging registration of a case against him under the Foreign Exchange Act on the grounds of its being ineffective.

During the hearing, the CJ said that the court of Justice Mohsin Akhtar Kiyani would decide about the trial court’s jurisdiction in this matter.

However, the chief justice accepted a petition seeking exemption of Imran Khan from court appearance.

Lawyer Salman Safdar told the court that yesterday Imran had surrendered before the trial court.

Hearing this, CJ Minallah remarked then this case had become ineffective.

But Safdar implored that he wanted to tell two things to the court. Firstly, this matter is sub judice in Justice Mohsin Akhtar Kiyani’s court and secondly, Justice Kiyani sought report from the trial court, he added.

CJ Minallah remarked that the case of the accused involved in the same case which was under trial in other court would be decided automatically.

However, the CJ while disposing of the case declared that it was sub justice in another court so it became ineffective.