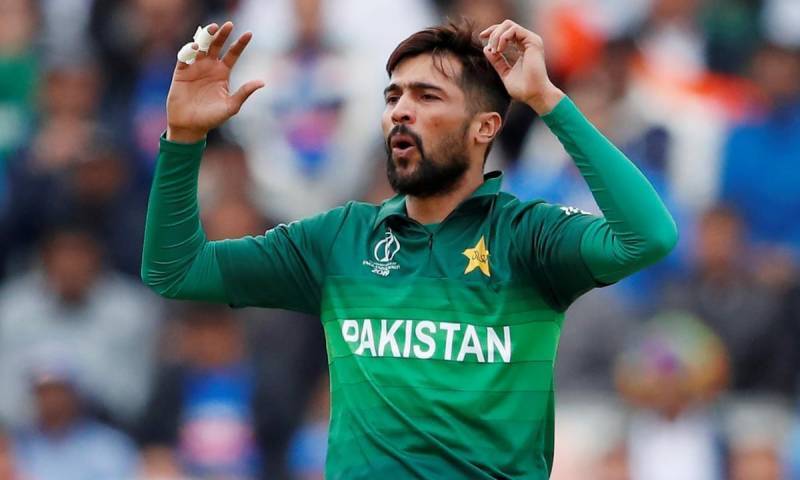 LAHORE – Former Pakistani bowler Mohammad Amir announced not to participate in T10 League which is scheduled to begin from November 19 after contracting the novel coronavirus.

The 29-year-old, who announced his international retirement, took to Twitter on Thursday and wrote, “Hi everyone just wanted to say m I am not playing T10 league this year because I got affected with the covid but now I am fine Alhumdulillah just need prayers for the speedy recovery.”

The young pacer, who has fallen out of favour for Pakistan selection in recent times, was set to represent Bangla Tigers in the fifth edition of the T10 League. His side also features Faf du Plessis, James Faulkner, Andre Fletcher and Hazratullah Zazai.

Amir accumulated 59 wickets in 50 T20 international outings for Shaheens and had announced his retirement back in December last year after his bitter relationship with former Pakistani coaches Misbah-ul-Haq and Waqar Younis.

Earlier, Amir was allowed to play domestic matches, after the International Cricket Council relaxed certain conditions of his ban through an amendment to its code of conduct.

The talented bowler also announced his availability following Misbah and Waqar’s departure from Pakistan Cricket Board.

Earlier, PM Imran Khan, while expressing his thought about Amir, said the cricketing fraternity should get behind the latter as he attempts to resurrect his international career with Pakistan.