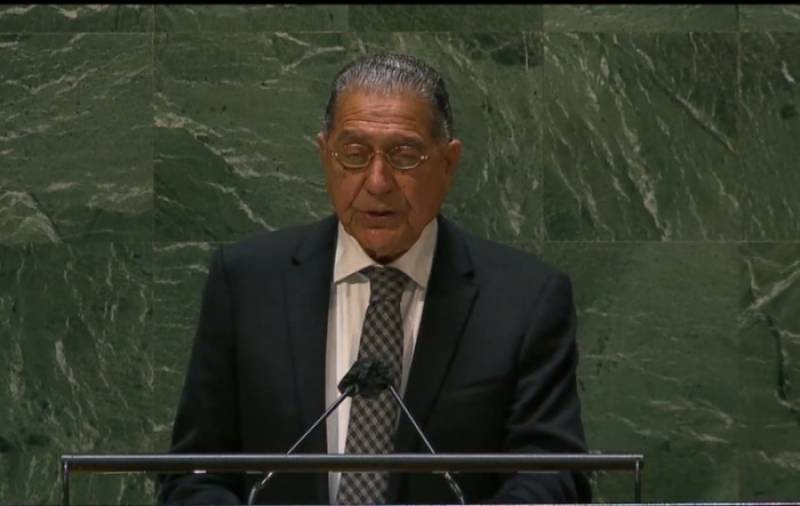 UNITED NATIONS: Pakistan’s Permanent Representative at the United Nations Munir Akram has said Pakistan considered safety and security of its nuclear power plants and research reactors as a national responsibility.

Commenting on the Vienna-IAEA’s annual report at the United Nations, Munir Akram said Pakistan had placed all of its nuclear power plants and research reactors under the International Atomic Energy Agency’s safeguards without exception.

“The country has developed a comprehensive nuclear safety and security regime, which is regularly reviewed and updated in the light of the IAEA guidance documents and international best practices,” said the ambassador.

He said Pakistan continued to harness nuclear technology for socio-economic progress and the pursuit of the Sustainable Development Goals (SDG).

“As a founding member of the IAEA, Pakistan ardently supports the Agency’s role in promoting the peaceful uses of nuclear technology in accordance with its motto ‘Atom for Peace and Development’,” he said.

Munir Akram said nuclear technologies and applications were being used in Pakistan in diverse fields such as power generation, health, agriculture, industry and environmental protection.

“We view nuclear energy as a reliable, consistent and carbon free source of electricity generation. Our efforts to expand nuclear power generation and to increase its share in the national energy mix are driven by the fact that we are not only an energy deficient country but also one of the most vulnerable countries to the impacts of climate change,” he said.

Munir Akram said in 2021, Pakistan achieved another milestone with the inauguration of its sixth and the largest nuclear power plant of 1100 megawatts, the Karachi Nuclear Power Plant K-2. He appreciated the congratulatory message from the DG IAEA on this accomplishment.

“Another such power plant K-3 is expected to become operational in April 2022. Pakistan has been one of the leading partners of IAEA’s Technical Cooperation programme for a number of years.

“At present, a project in the field of nuclear power development is being implemented successfully while three more projects in the areas of Agriculture, Human Health and Nuclear Power have been designed for the Technical cooperation Cycle 2022-23,” he said.