Indian Punjab CM along with his cabinet ministers arrived in Pakistan
18 Nov, 2021 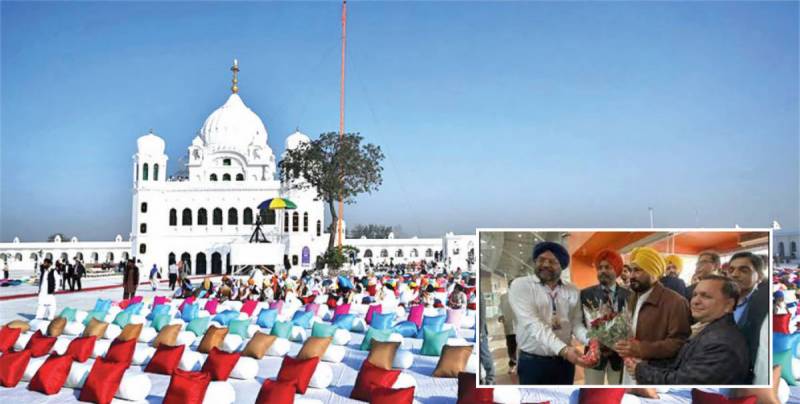 LAHORE – Indian Punjab Chief Minister Charanjit Singh Channi, along with his cabinet ministers, reached Pakistan to visit Kartarpur on the second day of the reopening of the route which was suspended in wake of the Covid pandemic.

Reports in local media quoting the Foreign Office spokesperson said key Indian politicians arrived in Pakistan to visit the Kartarpur Corridor, a day before Gurpurab, which marks the birth anniversary of Sikhism founder.

Rajasthan Cabinet Minister Harish Chaudhry and eight members of the Indian Punjab Legislative Assembly are also part of the delegation, it added.

Meanwhile, Punjab Congress chief Navjot Singh Sidhu is not part of the delegation led by Channi. Sidhu's spokesperson said he has been officially intimated that he could go on November 20 instead of November 18.

Kartarpur crossing was reopened on Wednesday after more than a year as pilgrimage was suspended in March 2020 due to the COVID pandemic.

Earlier, the first batch of 28 Indian Sikhs, including women, arrived at the holiest site of Sikhism, while over 2,500 pilgrims arrived via the Wagah border.

Pakistan and India signed the Kartarpur corridor agreement in 2019 and Indian pilgrims of all faiths are allowed to undertake round the year visa-free travel through the stretched passage. The historic corridor connects Pakistani and Indian Punjab, the birthplace of Sikhism, which was divided between the two countries after independence in 1947.

The PTI Minister said Pakistan had reopened the Kartarpur Corridor on June 29, 2020, after a temporary suspension of about three months however Modi led government kept the Corridor closed from its side for nearly 20 months.

Pakistan had also proposed formally to India to reopen the corridor in respect of the wishes and sentiments of the pilgrims.