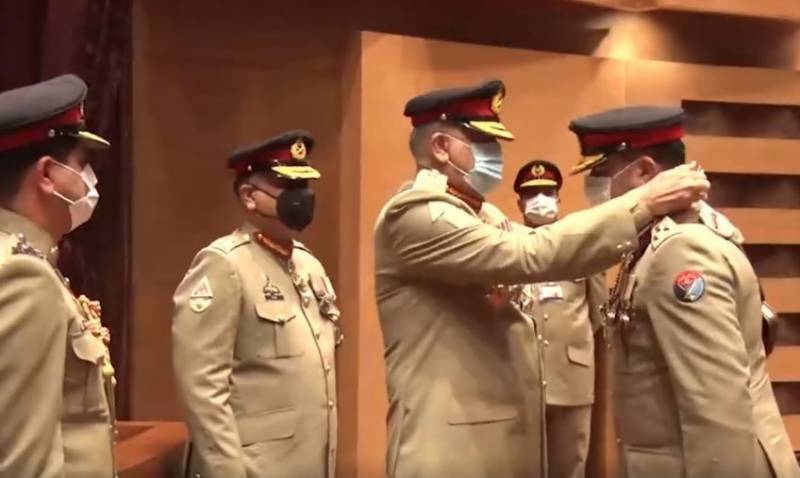 Families of martyred officials attended the ceremony and received the medals.