Syria Peace Talks fail due US and Russia differences on ceasefire modalities
18 May, 2016 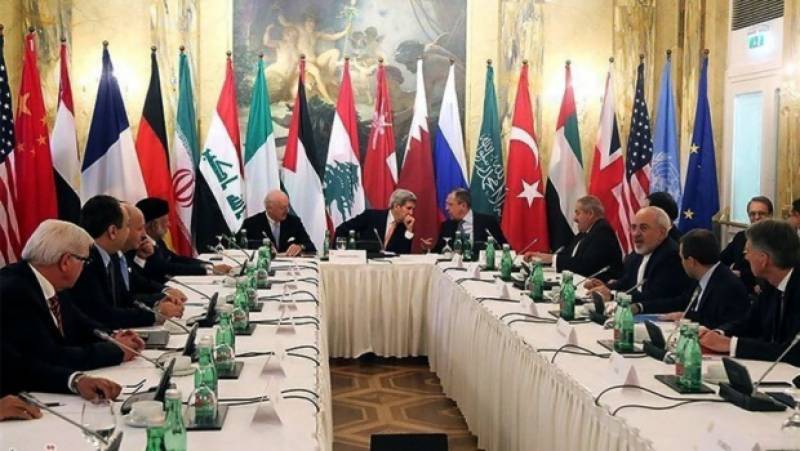 World power talks on ending the Syrian conflict broke up with no clear breakthrough Tuesday as new faction-fighting erupted and the death toll continued to mount.

US Secretary of State John Kerry and his Russian counterpart Sergei Lavrov said the Syria contact group they co-chair had agreed to bolster a shaky ceasefire.

But underlying disagreements between Washington and Moscow on how to handle the crisis were apparent, and the United Nations failed to name a date for new peace talks.

United Nations envoy Staffan de Mistura said he could not invite Bashar al-Assad's regime and the Syrian opposition back to peace talks without a "credible" ceasefire.

Kerry said the International Syria Support Group (ISSG) had agreed there would be consequences for parties breaching the truce and vowed to maintain pressure on Assad.

But Lavrov restated the Russian position that Assad's army is the best placed local faction to fight the Islamic State "terrorist" group and that Moscow would support it.

Divisions between Russia and the United States have hampered efforts to agree a framework under which Syria would "transition" away from Assad's rule.

And Kerry admitted the August 1 date set by the UN Security Council for agreement on the political framework was a "target" not a deadline, apparently softening the US stance.

Nevertheless, Kerry said the ISSG had agreed to strengthen its system for monitoring the ceasefire and that violators risked being expelled from the process.

Washington regularly accuses Assad's forces of violating the truce and of bombing civilians, whereas Russia accuses rebel factions of carrying out massacres.

"We have agreed consequences for any side's actions that have an agenda other than that of trying to reach an agreement and trying to reach peace," said Kerry as he again accused Assad's forces of deliberately starving besieged  areas and said UN humanitarian agencies would be ordered to drop food.

From June 1, he said, if UN road convoys are denied access to areas, the ISSG will mandate "the World Food Program to immediately carry out ... air bridges and air drops."

Lavrov said Moscow's emphasis was on the fight against the Islamic State group and others he deemed terrorists.

"We don't support Assad, we support the fight against terrorism," he said, stressing that the strongman is the leader of a recognized UN member state.

"On the ground we don't see any more real and efficient force than the Syrian army, even given all its weaknesses."

The Russian minister also accused certain other members of the ISSG of opposing strikes on the Al-Qaeda affiliate the Al-Nusra Front, which is not party to the ceasefire.

"It means that Al Nusra is being looked upon as a means to contain the current regime. This is a dangerous development," he warned.

Lavrov also denied that the ongoing ceasefire violations show that Moscow has less influence over its Damascus ally that was once thought.

"As to whether Assad is ignoring our advice and our work with him or not -- no, he is not ignoring it," he said.

But Lavrov also recalled that the UN Security Council resolution that endorsed the peace plan had laid out that this transition could take up to 18 months -- and only after the framework is agreed.

The Syrian opposition High Negotiations Committee (HNC) said the ISSG talks had "made clear that the responsibility for Syria's suffering lies with the Assad regime."

Noting that in countless towns Syrians were "crying out for humanitarian access" HNC Spokesman Salem al-Meslet said that "Assad is not only blockading those towns, but also blocking the path to a political solution, which is the only way to end the suffering."

For his part, De Mistura said his UN-mediated talks in Geneva would have little purpose if the killing continues.

"The exact date, I am not at the moment revealing that," he said, referring to a possible resumption of indirect talks between the warring parties.

"Intra-Syrian talks will be credible when there is a credible cessation of hostilities and credible progress on the humanitarian side."

But Washington's allies in the process, especially the Arab states backing Syria's rebels, are increasingly frustrated at Assad's apparent determination to stay on.

"There is no lasting future for Syria with Assad," German Foreign Minister Frank-Walter Steinmeier said.

Acting through the ISSG, Washington and Moscow chivvied the warring parties into a shaky ceasefire in late February, but pockets of violence remain.

The Syrian war erupted in early 2011 after Assad's forces launched a brutal crackdown on anti-government protests, and has since claimed more than 270,000 lives.

Millions have been driven from their homes and a wave of refugees has joined a flow of migrants struggling to escape to Europe, causing a humanitarian and political crisis.

On the ground, US allies like Saudi Arabia and Turkey back some of the rebel factions, while Russia has dispatched war planes and advisors and Iran troops to back Assad.