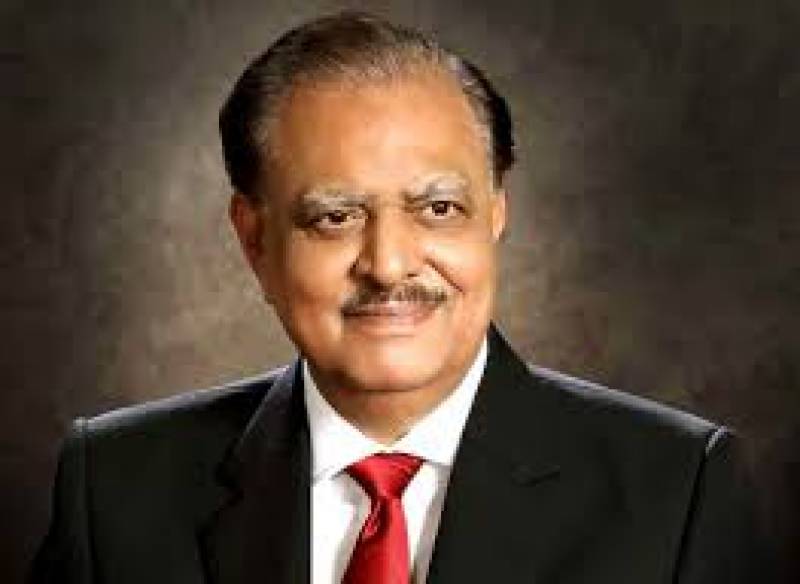 The President said this while talking to Lt Gen Nazir Ahmed Butt who called on him at the Aiwan-e-Sadr.

Underscoring the importance of acquiring modern education, President Mamnoon called for further raising the standard of higher education across the country.

The President also appreciated NDU for hosting quality strategic and security studies programs not only for the armed forces officers and civil bureaucracy of Pakistan but also for senior officers from friendly countries.

The President congratulated Lt Gen Nazir Ahmed Butt on being appointed as President of NDU and hoped that he would discharge his new responsibilities with dedication and commitment.