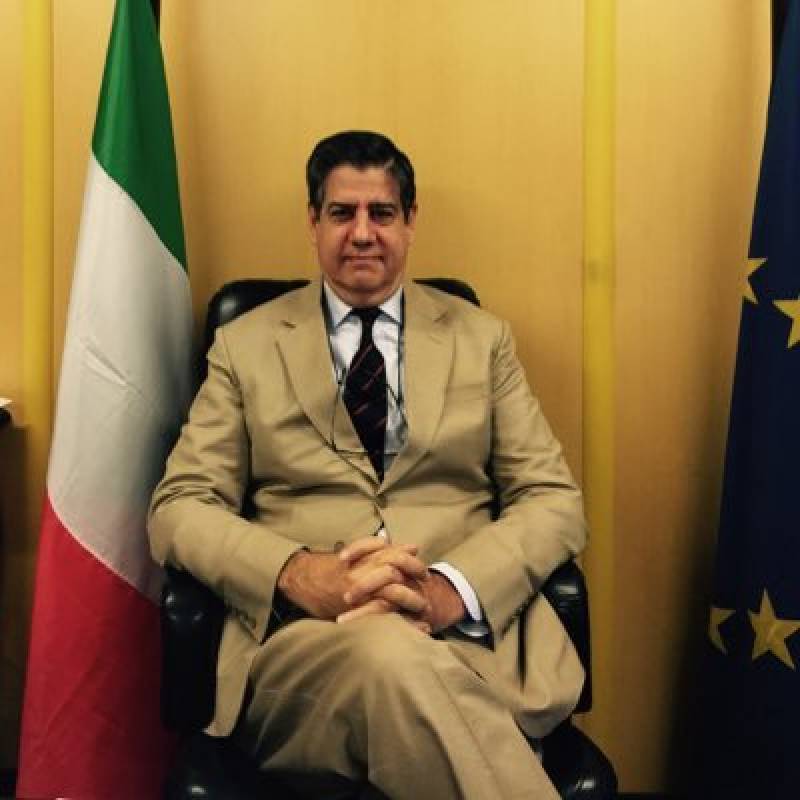 The ambassador invited the minister and his team to visit Italy to inspect working of various industries, which were keen to launch joint ventures in diverse fields.

The minister accepted the invitation and said that Italy was a gateway to the European market and "a very important strategic partner for our government."

"We are really eager to develop government to government relations in a variety of fields including science, technology  and industries," Rana Tanveer Hussain said.

He appreciated the efforts of Ambassador Stefano in bringing the two countries more closer to each other.

Later, the minister presented a souvenir to the ambassador.