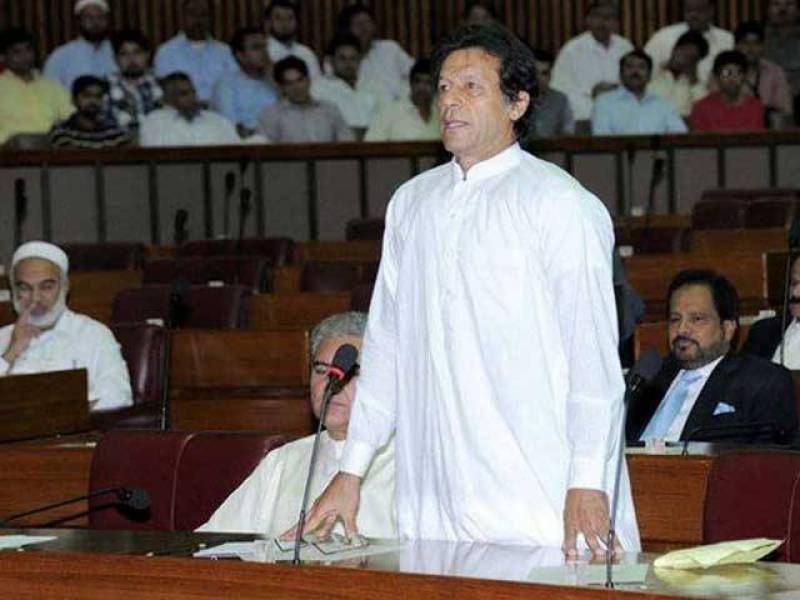 ISLAMABAD: While offering himself for accountability, PTI Chairman Imran Khan said that it is not PM Nawaz job to level allegations against him and government should launch investigation against him if he concealed his assets.

While addressing in National Assembly session here at today, Imran made it clear that he had wealth and could set up sugar mills and steel foundries but he preferred to serve the nation.

Imran urged government to launch inquiry against him and said that he would present himself for arrest if single penny corruption proved against him.

He pointed out that country prosperity depends upon the strength of democracy while main reason of Muslims downfall is monarchy. Citing example of Hazrat Omer (R.A) Imran highlighted that he did not get angry when he was questioned about his clothes by an ordinary man and he had to explain.

Giving clarification about his offshore company, Imran elaborated that he was not British citizen and he had been advised by his accountant that he had to pay tax if he purchased flat on his name so he advised him to purchase flat through offshore company and it is legal way.

Imran claimed that he had never concealed his assets that had been bought via Niazi Services and brought his all money in Pakistan after selling his flat.

PTI chairman said that he is ready to be held accountable via same Terms of References that had been formed for PM Nawaz as well as he challenged to check the record of SKMCH.