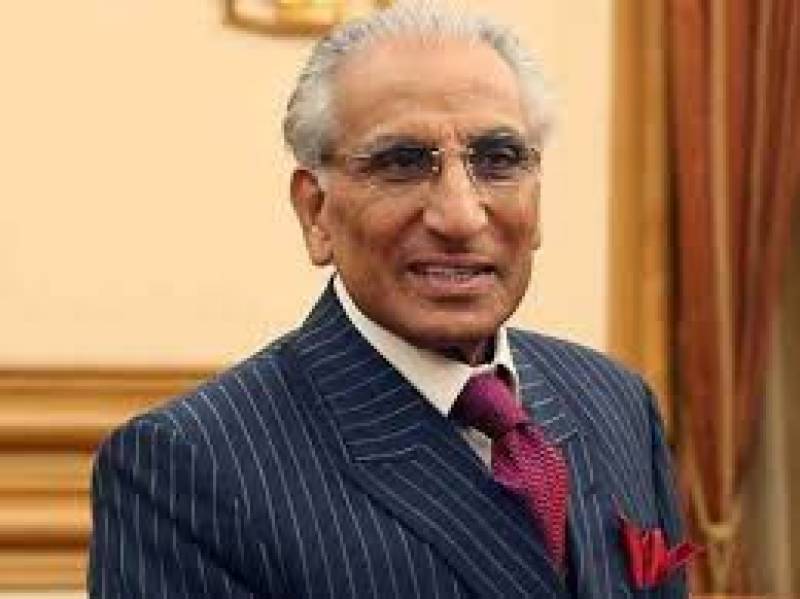 Tariq Fatemi, in his statement at the Conference on  Disarmament Plenary Meeting held in Geneva, said to ensure South  Asia's long term peace, stability and prosperity, it was essential  for the international community to adopt an approach that was  even-handed and criteria-based rather than driven by strategic and commercial considerations or political expediency.

"As a responsible nuclear state, Pakistan desires to contribute to global efforts towards non-proliferation and disarmament on an equal footing as a mainstream partner of the international community."

“Pakistan has the requisite credentials that entitles it to benefit from civil nuclear cooperation and trade, and to become part of all the multilateral export control regimes, including the Nuclear Suppliers Group (NSG), on a non-discriminatory basis," a press release quoted Tariq Fatemi as saying.

The PM Special Assistant further said Pakistan believed that the scarce resources of our region should be devoted to the socio-economic development of people.

"We are determined to tackle myriads of daunting challenges that beset our region including disease, poverty, illiteracy, climate change and environmental degradation. A peaceful neighbourhood is the sine qua non to build prosperous societies," he stressed.

Fatemi said after Pakistan's security was qualitatively challenged by the introduction of nuclear weapons in its neighbourhood, it was left with no option but to follow the suit, to restore strategic stability in South Asia.

He said these included simultaneous application of IAEA safeguards on all nuclear facilities and bilateral arrangement for their reciprocal inspections; simultaneous accession to the NPT; regional CTBT; Zero Missile Regime in South Asia; and signing of a Non-Aggression Pact but unfortunately, none of these proposals met a favourable response.

He said even after 1998, they had demonstrated the commitment to peace and stability in the region.

"Our conduct continues to be defined by restraint and responsibility. Our proposal for the establishment of a Strategic Restraint Regime (SRR) remains on the table. We believe that this proposal can lay the foundation of lasting peace and stability in the region," he added.

Fatemi said in its meeting held on 24 February 2016, the National Command Authority (NCA), Pakistan's highest decision making body on strategic matters chaired by the Prime Minister, took note of the growing conventional and strategic weapons' development in the region.

While reiterating its determination to take all possible measures to effectively respond to threats to national security, NCA also reaffirmed our policy to avoid getting into arms race, he added.