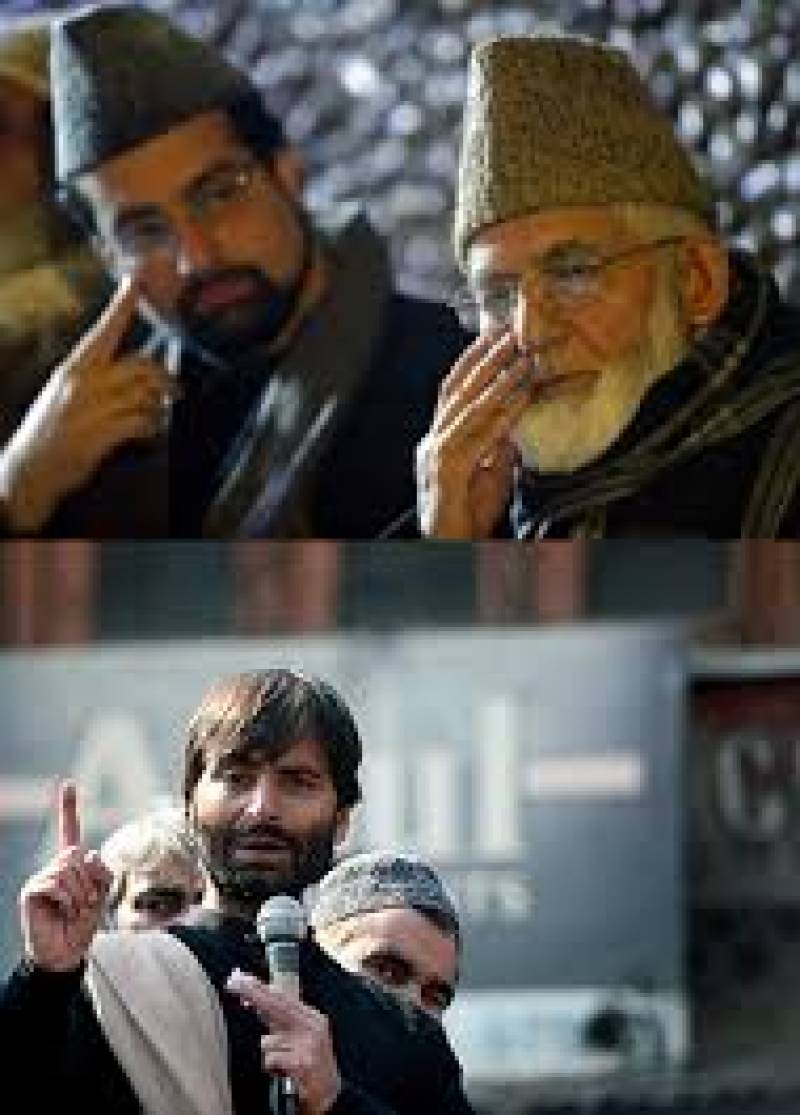 According to the Kashmir Media Service, the appeal was made at a meeting between Syed Ali Gilani and Muhammad Yasin Malik at former's Hyderpora residence in Srinagar.

The two leaders discussed the Indian conspiracies including construction of separate colonies for Kashmiri Pandits and Indian soldiers and imposition of so-called industrial policy in the territory.

They reiterated the Kashmiris' resolve that India and its stooges would implement their wicked policies only on the dead bodies of the Kashmir people.

Muhammad Yasin Malik also held meetings with members of High Court Bar Association, Economic Alliance and Kashmir Traders and Manufacturers Federation in Srinagar as part of his mobilization campaign against the India's nefarious designs on Kashmir.

Meanwhile, shutdown marked by protests was observed in Shopian and Kunzar in Tangmarg against the killing of Kashmiri youth, Farooq Ahmad Sheikh and Bilal Ahmad Butt by Indian troops.

APHC leaders Nayeem Ahmad Khan, Muhammad Yousuf Naqash and a delegation of Democratic Freedom Party during their visits to the families of martyrs in Shopian and Tangmarg hailed the sacrifices of Kashmiri youth for liberation of their motherland from tyrannical clutches of India.

On the other hand, over a dozen students were injured after Indian police used force on them during their protest against highhandedness of Indian police in Ganderbal town.