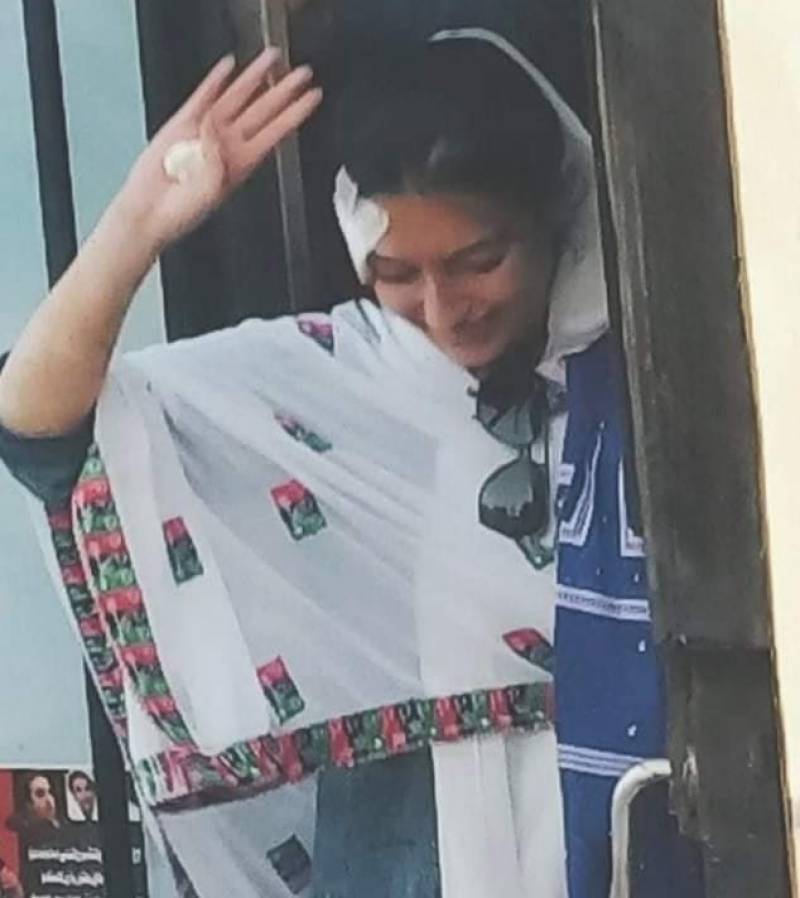 ISLAMABAD – Pakistan Peoples Party has officially approached Inter-Services Intelligence to probe the incident in which a drone camera struck at Aseefa Bhutto-Zardari in Punjab's Khanewal.

Young PPP leader claimed that the drone camera striking Aseefa was an ‘intended assault’ which occurred during ‘Awami March’ against the Imran Khan-led government.

The letter also mentioned that the drone camera of a local television channel flew suspiciously into PPP Chairman Bilawal Bhutto-Zardari’s truck and targeted his sister Aseefa, injuring her substantially.

Aseefa was then rushed to Mukhtar A. Sheikh Hospital in Multan. The 29-year-old got stitches on her face which PPP Chairman termed as ‘deep lacerations’.

“Given your organisation’s considerable expertise in investigation, we request that you look into the incident and uncover the facts,” it further added.

On March 4, PPP’s security staff got hold of the drone operator while Punjab government spokesperson Hassan Khawar said the government responded immediately to the incident.