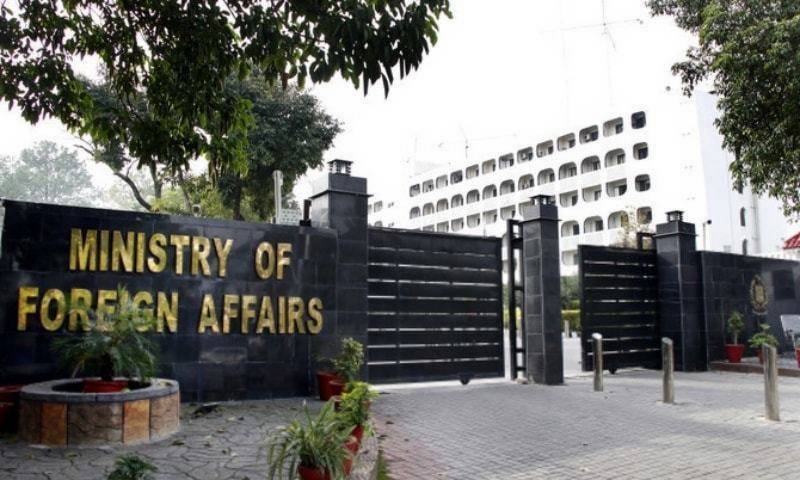 ISLAMABAD – Pakistan strongly rejected the statement by the Spokesperson of Indian Ministry of External Affairs containing baseless objection to the invitation extended by the Organization of Islamic Cooperation (OIC) to the Kashmiri leadership for the 48th Session of OIC Council of Foreign Ministers to be held in Islamabad from 22-23 March 2022.

India has no locus standi to claim the disputed territory of Jammu and Kashmir as its “internal matter”, Foreign Office spokesperson Asim Iftikhar said in a statement on Thursday.

Numerous resolutions of the United Nations Security Council (UNSC) on Jammu and Kashmir dispute declare that the final disposition of the state of Jammu and Kashmir will be made in accordance with the will of the people to be expressed through the democratic method of a free and impartial plebiscite to be held under the auspices of the United Nations.

India’s repeated assertions to the contrary cannot obfuscate the reality of its illegal occupation and repression in Indian Illegally Occupied Jammu and Kashmir (IIOJK).

Universal realization of the right of peoples to self-determination is a principle enshrined in the UN Charter. UNSC and OIC have recognized this right for the people of Jammu and Kashmir who have been subjugated to illegal Indian occupation since 1947.

Accordingly, OIC has consistently supported the just struggle of the Kashmiri people for their right to self-determination, and has traditionally invited the Kashmiri leadership to attend the OIC meetings.

Pakistan calls upon India not to create hurdles in the participation of the true representatives of the Kashmiri people in the 48th Session of the OIC Council of Foreign Ministers in Islamabad on 22-23 March 2022.

Instead of questioning OIC’s principled stance for the dignity and liberty of the oppressed Kashmiri people, India should reflect inwards and end its repression and widespread violations of human rights and international humanitarian law in IIOJK, and let the Kashmiri people exercise their right to self-determination in accordance with the relevant resolutions of the UN Security Council.