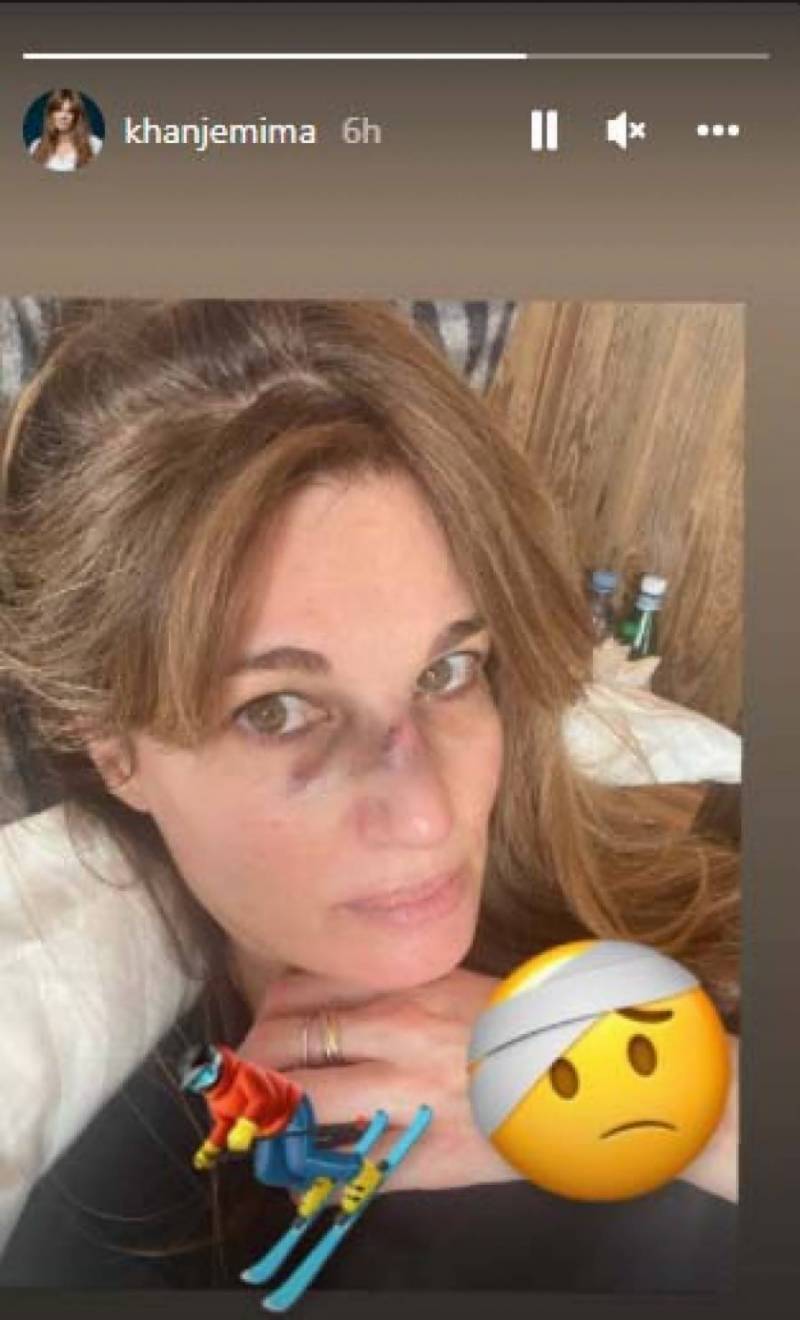 LONDON – Jemima Goldsmith, the former wife of Prime Minister Imran Khan, was injured in an accident.

Taking to her Instagram story, Goldsmith posted a picture of herself with wound mark on her nose. She did not share details about how she got injured.

However, the picture carries a face with head-bandage emoji and skiing emoji. It means Jemima Goldsmith sustained injuries while skiing.

On 22 June 2004, Imran Khan and Jemima parted ways amicably after nine years of their marriage as it was difficult for Jemima to adapt to the political life of the former cricketer.