Indian Cricket Board makes a mockery of itself for misreading PM Imran Khan tweet
18 Mar, 2022 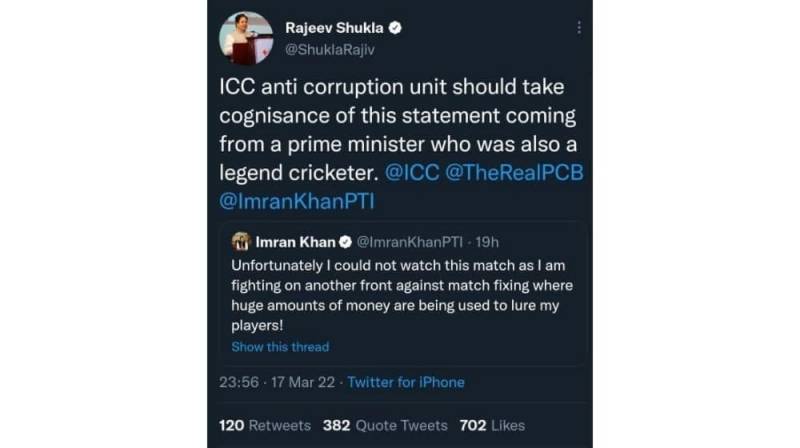 Board of Control for Cricket in India’s (BCCI) agenda against Pakistan cricket is no hidden secret as the neighboring country has used its influence over the past few years to malign cricket in the country. BCCI’s shenanigans have been exposed yet again as their Vice-President, Rajeev Shukla, responded to a tweet by Pakistan’s Prime Minister, Imran Khan.

PM Imran’s tweet regarding the current political scenario was taken out of context by Shukla as he demanded the International Cricket Council (ICC) to take notice of match-fixing in Pakistan cricket.

In the initial tweet, PM Imran had congratulated the Men in Green for their magnificent performance in the second Test match against Australia. He then continued that he was unable to watch the match as he was busy due to political turmoil in Pakistan.

Rajeev’s uncalled-for response to the tweet angered the cricketing fraternity as they trolled the BCCI vice-president for his senseless post.

Former Minister in Government of India has since deleted the tweet and covered up his agenda by stating that he was being sarcastic as it was the eve of Holi and the festival is known for humor and colors.