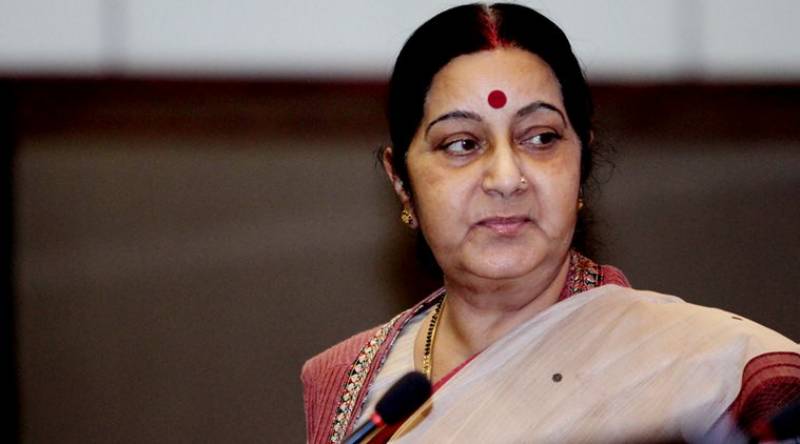 NEW DELHI: Foreign minister Sushma Swaraj hinted on Friday that Pakistan's ISI may be behind the abduction of the two custodians of Delhi's Nizamuddin dargah , who have gone missing in that country.

She said the Pakistani "hosts" of the khadims were "under pressure not to speak to the Indian High Commission".

The Sufi clerics had gone to Pakistan on March 8.

They reportedly went missing from Lahore airport while taking a flight to Karachi a few days ago.

Hinting at official intimidation, Swaraj has also pointed to a widely held suspicion in India's official circles that this was no random abduction.

In a series of tweets on Friday, Swaraj said India had taken up their case with the highest level in the Pakistani government .

"We have also contacted their host in Karachi who appears to be under pressure not to speak to the Indian High Commission," Swaraj tweeted.

"We are pursuing this further with the government of Pakistan," Syed Asif Ali Nizami, 80, is the chief custodian of Hazrat Nizamuddin Dargah.

Accompanying him is his nephew, Nazim Ali Nizami. After landing in Karachi, the two had gone to Lahore to visit the Data Darbar shrine.

The Hazrat Nizamuddin shrine has close links with Data Darbar shrine of Gharib Nawaz, or Moinuddin Chisti, and 'khadims' or custodians exchange visits every year. On Friday, Pakistan foreign ministry spokesperson Nafees Zakaria, when asked about the khadims, said they had "no clue" if the two had been found and that they were "pro-actively pursuing" the case.