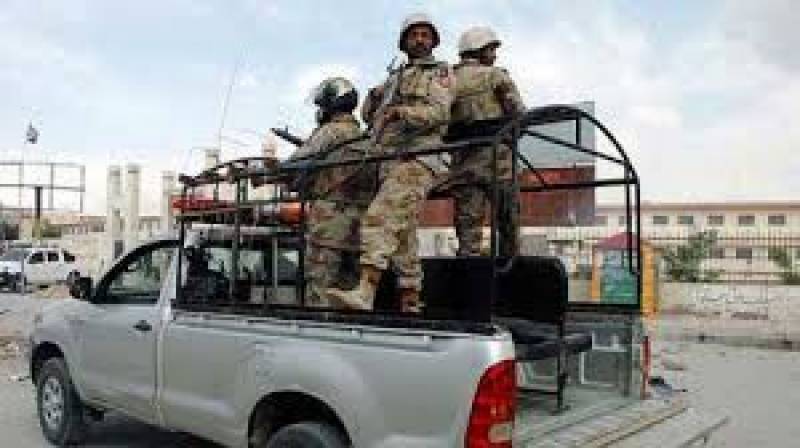 According to FC spokesman, following on a tip off, FC personnel carried out a search operation in the area and apprehended four suspects along with ammunitions including 6, hand grenades, 5, SMGs, 3, rifles, 3, rockets and rounds.