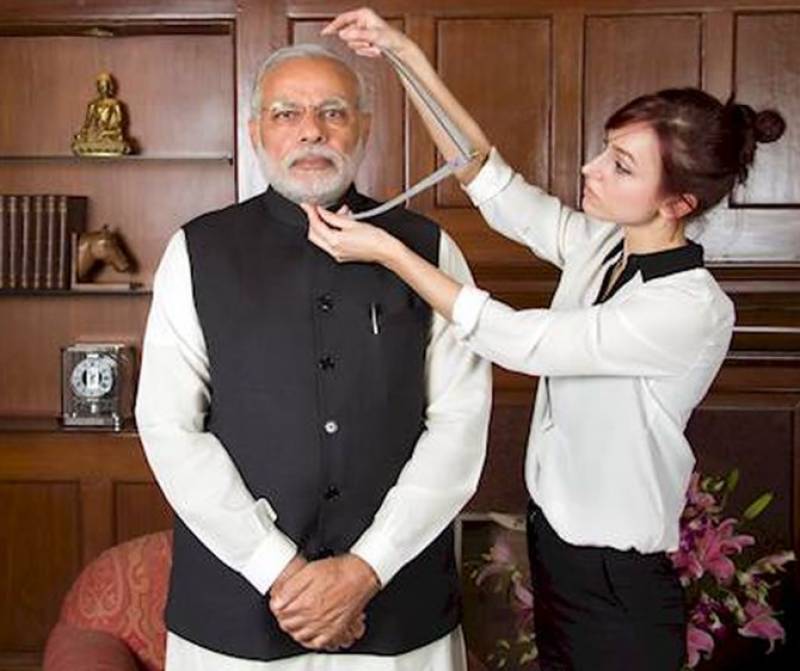 NEW DELHI: Indian Prime Minister Narendra Modi's Wax Statue to be unveiled at Madame Tussauds museum in April.
Museum spokesperson said “Prime Minister Modi is a hugely important figure in world politics, a position supported by his place in the top 10 of Time Magazine’s Person of the Year List 2015.”

He claimed that Modi have massive social media presence and the second most followed politician after US President Barack Obama on the Twitter.
It will take four month to complete the statue with a cost of GBP 150,000.

Modi said “Madame Tussauds has crafted figures of very distinguished dignitaries from around the world-how could I regard myself worthy of being alongside them? But when I was informed that your decision had emanated from public opinion and public sentiment, I was comforted.”
Madame Tussauds is located in 20 cities in major countries and also announced to open a new venture in New Delhi in 2017.