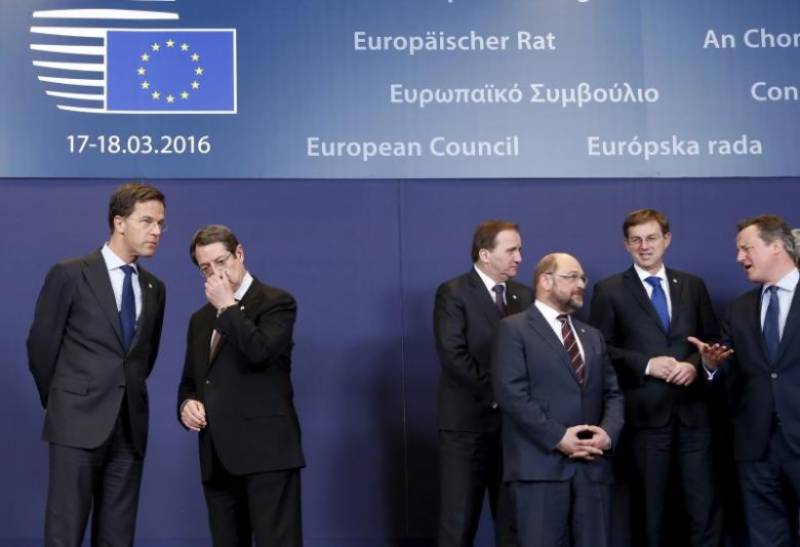 BRUSSELS: EU Foreign Policy Service issued a rare statement which criticized Israel directly for its seizure of 579 acres of land near Jericho.
EU claimed that land seizure by Israel in West Bank is a main obstacle between two state solution to end the conflict.

EU said “Israel’s decision is a further step that risks undermining the viability of a future Palestinian state and therefore calls into question Israel’s commitment to a two state solution.”
EU claimed that Israel’s decision of expanding the settlement is a violation of international law and an obstacle in the process.

“The European Union remained firmly opposed to Israel’s settlement policy and actions taken in this context, including demolitions and confiscations, evictions, forced transfers or restrictions on movement and access.”
Israel is illegally building settlements in the West Bank and also announced to fence its borders.

EU published a policy guidelines relating to Israel’s settlements last year which was criticized by Israel.
Israeli troops are killing Palestinians brutally including the children.
Israel’s Sephardic Israeli Chief Rabbi approved the killing of Palestinians carrying knives as a religious obligation.
He said “If a terrorist comes at someone with a knife, it is a (religious) duty to kill him-he who comes to kill you, kill him first.”