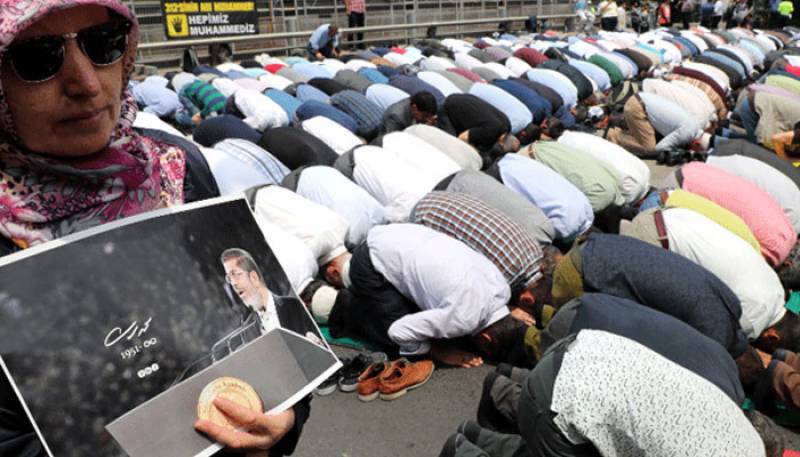 Erdogan, a key supporter of Morsi, joined the afternoon prayers at the historic Fatih mosque, an AFP photographer reported. He called the leader, who died on Monday, a "martyr".

Turkey´s relations with Cairo deteriorated after the Egyptian military, then led by Abdel Fattah al-Sisi, ousted Morsi in 2013. Sisi then became president.

Erdogan has strongly condemned Morsi´s ouster, describing it as a "coup".

On Tuesday, he denounced the Egyptian authorities for burying him discreetly with only a small number of family members and confidants present.

"They are so cowardly that they could not even deliver his body to his family," Erdogan said.

Morsi, Egypt´s first democratically elected president in 2012 after the Arab Spring uprisings, was overthrown after a turbulent year in power.

He was buried on Tuesday, as rights groups including Amnesty International and Human Rights Watch called for an independent probe into the causes of his death.

Earlier, thousands joined in prayer in the Istanbul mosque for Morsi. -APP/AFP