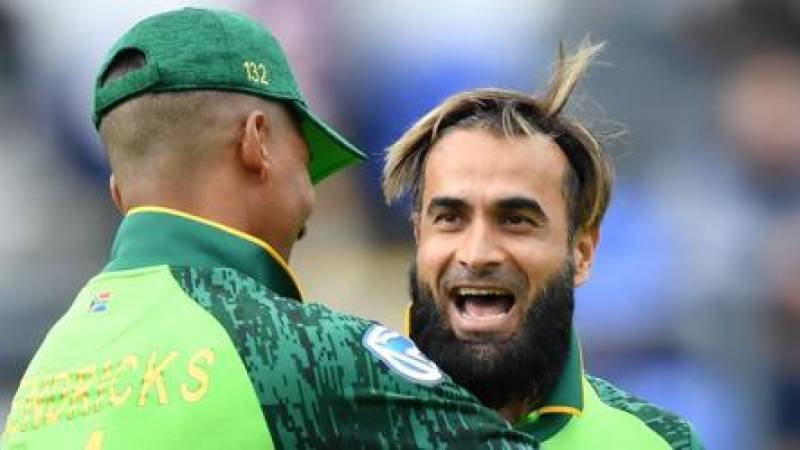 ISLAMABAD - Spinner Imran Tahir is on the verge of scripting World Cup history for South Africa when his team lock horns against New Zealand in a crunch group stage clash at Edgbaston in Birmingham on Wednesday.

Tahir has scalped eight wickets in five matches so far and he is the leading wicket-taker for the Proteas in the tournament. Tahir has now taken his overall World Cup wickets tally to 37 and he is on the cusp of a big record.

Tahir needs just two wickets to become the highest wicket-taker for South Africa in World Cups. Currently, legendary pacer Alan Donald tops the charts and Tahir is just one wicket away from equalling his record.