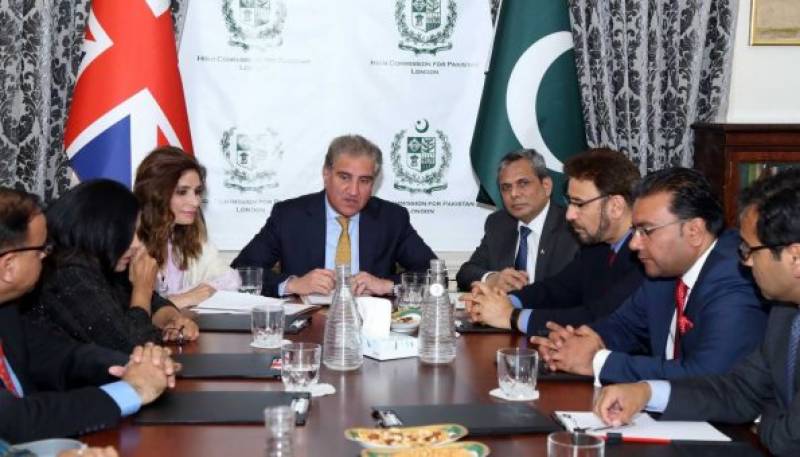 Talking to Pakistani-origin members of British parliament in London, he said the role of these parliamentarians has always been positive and commendable.

The minister acknowledged cooperation of these parliamentarians in different matters of national interest, including economy, promotion of culture and the Kashmir issue.

The British parliamentarians of Pakistan origin assured the Foreign Minister of their due role for upholding Pakistan’s security and safeguarding the national interest in other matters.

*Shah Mahmood Qureshi* link – who is on an official visit to United Kingdom – had a telephonic call with US Secretary of State Mike Pompeo to discuss bilateral relations and regional peace and security.

Shah Mahmood Qureshi briefed his US counterpart about the measures being taken by Pakistan in accordance with the National Action Plan (NAP) and initiatives being taken by the government to carry out economic restructuring.

He also spoke about steps that Pakistan has been taking for compliance with the Financial Action Task Force (FATF) action plan. In this context, he highlighted the regulatory mechanisms that have been put in place to curb money laundering and terror financing practices.