Former finance minister Ishaq Dar to be arrested in London, extradited back to Pakistan
18 Jun, 2019 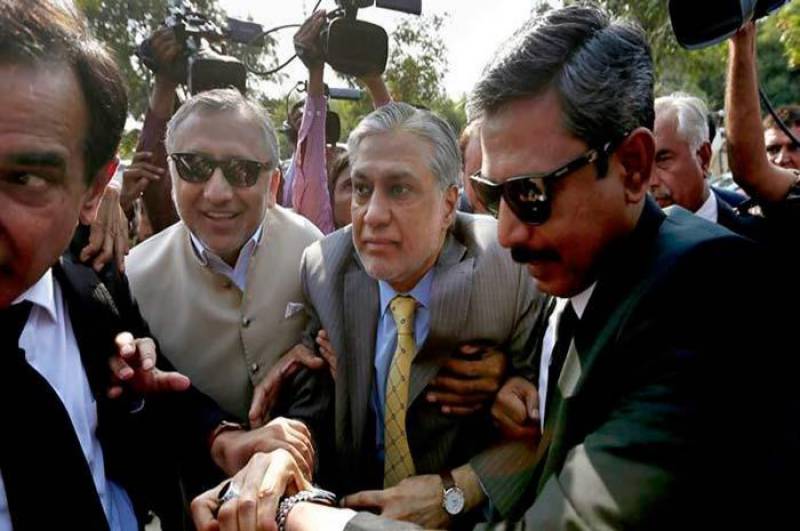 ISLAMABAD - Former finance minister Ishaq Dar who is Pakistani fugitive in London to be arrested and extradited back to Pakistan, government officials have revealed.

Special Assistant to Prime Minister (PM) on Accountability, Shahzad Akbar, on Tuesday revealed that memorandum of understanding (MoU) has been signed for the arrest of former finance minister Ishaq Dar.

He added that Dar will be extradited to Pakistan as soon as the legal procedure in the regard is completed.

The National Accountability Bureau (NAB) had approached the accountability court for the auction of movable and immovable properties of the ex-minister as he is absconding in assets beyond income reference.

The bureau had also seized all properties of Mr Dar that included a house in Lahore, three plots in Al-Falah Housing Society, six acres of land in Islamabad, two-kanal plot in Parliamentarians Enclave, one plot in the Senate Cooperative Housing Society, another plot of two kanals and nine marlas in Islamabad and six vehicles.