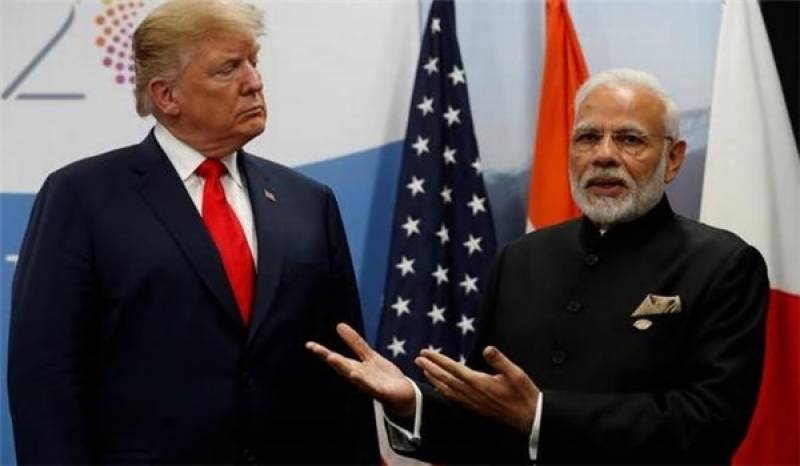 “At a certain point, a strategic choice has to be made about partnerships and a strategic choice about what weapons systems and platforms a country is going to adopt,” Alice Wells, US principal deputy assistant secretary for South and Central Asia, said this week at the hearings on US interests in South Asia and the budget for the fiscal year 2020, RT reported.

India’s procurement of the S-400s “effectively could limit India’s ability to increase our own interoperability”, she stated, explaining that Washington has “serious concerns” about the implications of the $5 billion deal signed with Russia in October on India-US defense ties.

"There is no blanket waiver, or a country waiver when it comes to S-400," she added.

Washington wants to capture India’s arms market, the diplomat told House Foreign Affairs Subcommittee for Asia, noting that US is now willing to sell equipment that previous administrations had refused to consider.

“Under the Trump administration, we've been very clear that we're ready to help meet India’s defense needs and we are seeking a very different kind of defense partnership building on the 'Major Defense Partner' designation that India has received from Congress,” she noted.

Securing new military deals is one of Secretary of State Mike Pompeo’s top priorities when he heads to India later this month, amid high trade tensions between both countries. Earlier this week, Pompeo stated that Lockheed Martin’s F-21 and Boeing’s F/A-18 fighter offerings will be on the table. There had even been speculations that the US could offer the South Asian nation its fifth generation F-35 jets if only New Delhi would scrap its S-400 purchase.

The Trump administration is engaged in a global offensive trying to force countries, most notably India and Turkey, out of their defense deals with Moscow. Both Ankara and New Delhi have repeatedly slammed the American coercive diplomacy, stressing that Washington has no right to dictate its terms to sovereign nations when it comes to matters of national security.