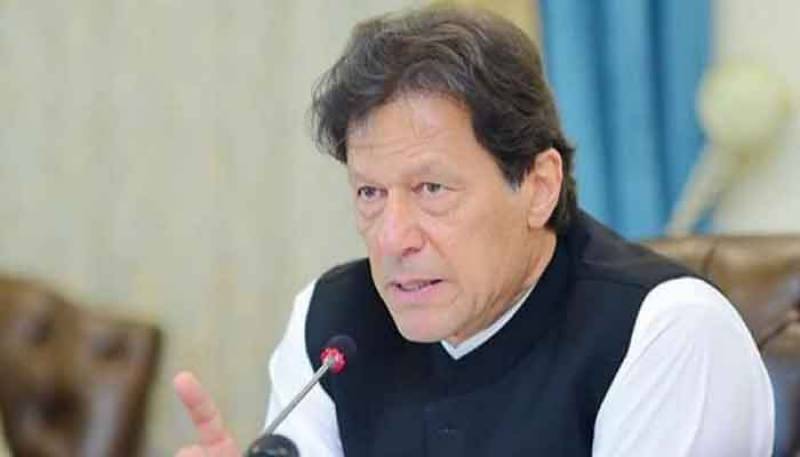 ISLAMABAD: Prime Minister Imran Khan has said that those who smuggled items are opposing the CNIC condition.

He made it clear that he would not give in to unreasonable pressure by the traders and business community since retreat on this count would be deceitful to the country. “If anyone believes that I would step back after strikes by the business and trading fraternity, they should understand that I would do no such thing,” he added.

He was addressing the annual ceremony organised by the Gujranwala Chamber of Commerce & Industry (GCCI) here at the Prime Minister’s Office (PMO) on Wednesday. The prime minister said that he did not campaign over religious grounds to win people’s votes but had been more vocal about the state of Madina after winning the election and assuming office.

Imran Khan said that the important rules of the state of Madina included mercy, fairness, and justice, and saving the weak from oppression but at present, the country’s notorious thieves were being let off easy by availing air-conditioned rooms in the jails, even after depriving the nation of billions. “Everyone knows how those who commit petty crimes are treated in jails,” he added.

Referring to corruption by the previous governments, he said the people who looted the economy and stashed money abroad have no stakes in the country. The prime minister emphasised the key role of industry to steer the country out of economic difficulties. He said that 70 percent tax of the country is contributed by some three hundred companies.

The prime minister assured that the government will lift the industrial sector up with friendly policies. He said a golden triangle is being established comprising Gujranwala, Gujrat and Sialkot to facilitate the industry.

Referring to the burden of debts on economy, the prime minister said half the taxes collected last year were spent on paying the interest on existing loans. He said the government is determined to expand the tax net. The government will provide facilities to the people and resolve the problems they face in filing of returns. He said only 1.5 million people pay taxes out of population of two hundred and twenty million, which is a very low proportion.

He said steps are being taken to improve performance of Federal Board of Revenue (FBR). The prime minister said government is fully focused on increasing the exports of the country and for this purpose exporters are being incentivised. Imran Khan said ease of doing business is also being improved in the country and he is personally supervising it. He said crackdown has been launched on smuggling too as it is another factor, weakening the economy. He said meetings have been held with all security agencies to curb this menace.

Prime Minister said talks are also being held with Afghanistan on transit trade. He said government's vision is to turn the country into a welfare state on the pattern of Madina state. He said, “Unless we follow the principles, on which Prophet Muhammad (Peace Be Upon Him) built the state of Madina, we cannot be successful.”

The prime minister said the underlying principles of state of Madina were compassion, justice, and rule of law, welfare state, and looking after the women, children and elderly. Imran Khan said two separate laws cannot be applied on the rich and the poor. He said in Madina state rich were taxed higher to provide benefits to the poor.