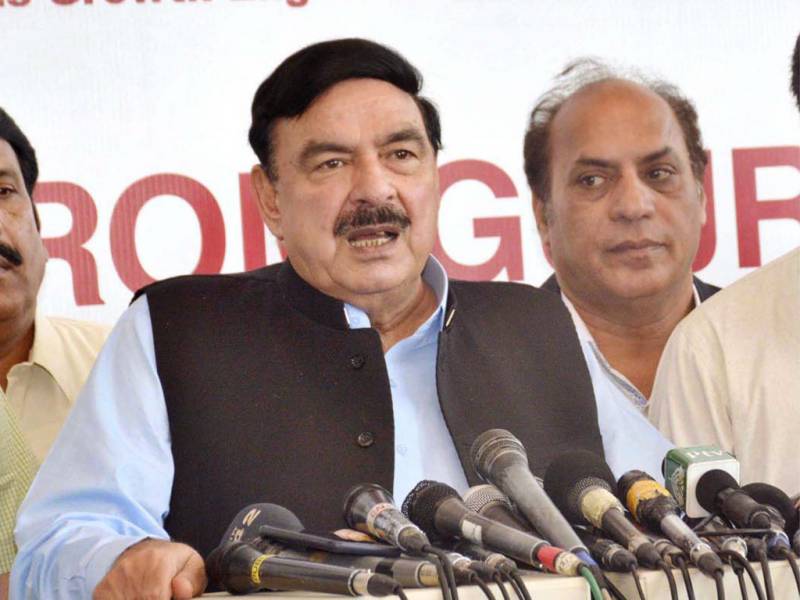 ISLAMABAD: The Ministry of Railways is in the process of renewing a Memorandum of Understanding (MoU) with Korea for management training programme, upgradation of tracks, stations and dry ports.

Minister for Railways Sheikh Rashid Ahmed expressed these views during a meeting with Korean Ambassador Kwak Sung-Kyu who called on him at the Ministry of Railways, a senior official told APP.

The minister said the MoU was signed in 2012 between Korea’s Ministry of Land, Transport and Maritime Affairs and Pakistan’s Ministry of Railways for technical assistance of Multilateral Development Bank. “Now, the ministry is going for its (MoU) renewal from quarters concerned.”

Under the MoU, he said a training programme would be arranged by Korean side for Railways Project Management, besides carrying out financial and commercial feasibility studies for upgradation of railway tracks.

The minister said a high-level delegation of Korea Railway Network Authority had visited Pakistan in December 2018 and held several meetings with officials of the Ministry of Railways in this regard.

He invited Korean companies to get benefit of conducive investment environment in Pakistan and participate in up-gradation of Main Line-II and III and IV projects, which would transform Pakistan Railways into a modern network.

The minister asked the envoy to help attract Korean companies so that they could  participate in the bidding process initiated to procure 230 high-speed passenger coaches, 800 high-capacity wagons and 20 brake vans, for which tenders had already been floated.

The ambassador appreciated the minister’s keenness and passion for national development, assuring Korea’s all possible assistance in reinforcement of infrastructure.

Kwak Sung-Kyu also delivered a letter of Korean Minister of Land, Infrastructure and Transport to the Railways minister, in which the Korean government desired to further strengthen the existing cooperation between the two countries in the field of infrastructure and urban development.

Sheikh Rashid has also been invited to participate in 7th Global Infrastructure Cooperation Conference (GICC-2019) being hosted by the Ministry of Land, Infrastructure and Transport in the Republic of Korea (MOLIT) from September 3-5 in Seoul.

The envoy said the GICC-2019 had been one of the largest international conferences on infrastructure and urban development being held in Korea since 2013.

He said more than 200 government delegates and clients would participate in the conference and introduce their infrastructure projects.

“I believe the GICC-2019 will help provide significant opportunities to establish and strengthen international partnership between government entities and private sectors from all over the world, as well as to explore fruitful partnership in the area of infrastructure,” he said.

Secretary/Chairman Ministry of Railways Sikandar Sultan Raja and other senior officials of the ministry were also present during the meeting.