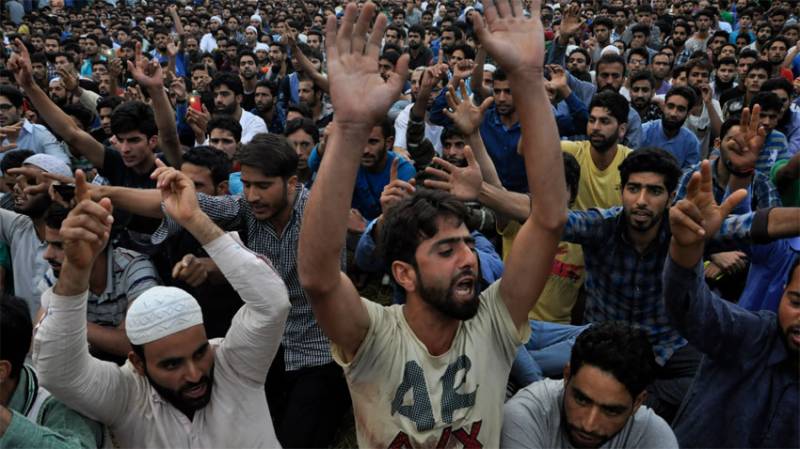 In Occupied Kashmir, people staged a strong protest demonstration against the killing of a woman and her minor niece by an Indian Army vehicle in Rajouri district.

The protesters demanded action against the Indian Army driver responsible for the killing of woman and her niece.

Meanwhile, over a dozen youth were injured after Indian forces’ personnel fired pellets and teargas shells on mourners in Baramulla town during demonstrations against the killing of a youth, Adnan Ahmed Channa.

Adnan Channa was martyred by Indian troops during a cordon and search operation in at Gund Brath area of Sopore town, yesterday.