Inzamam to step down as chief selector when contract expires
18 Jul, 2019 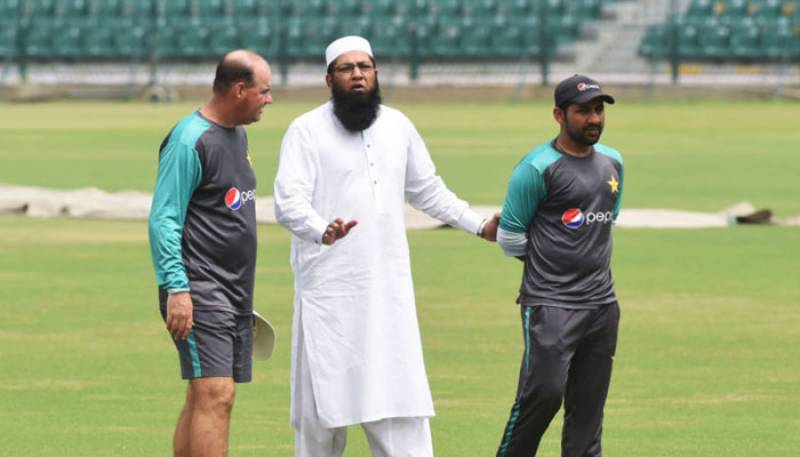 KARACHI: Chief selector of the Pakistan cricket team Inzamam-ul-Haq announced that he will not be seeking an extension to his contract when it expires on July 31.

“After more than three years as Chair of the Pakistan’s Selection Committee, I have decided not to seek a renewal of my contract,” Inzamam said, while addressing media at the Gaddafi Stadium in Lahore.

“With the ICC World Test Championship due to get underway in September and the ICC T20 World Cup in 2020 and the ICC World Cup 2023, I believe it is the right time for the Pakistan Cricket Board to appoint a new chief selector who can bring new ideas and fresh thinking.”

Inzamam’s reign as chief selector, which began in April 2016, saw him preside over Pakistan’s rise to the top of the ICC Test Team Rankings later that year and the ICC Champions Trophy victory in 2017.

Inzamam came under fire for his presence with the team during the recently concluded ICC 2019 World Cup, with critics believing him to be the one calling the shots. Pakistan eventually missed out on a semi-final spot. They finished with 11 points but failed to progress due to poor net run-rate.

The former Test batsman said that he had already conveyed his decision to PCB chairman Ehsan Mani and Managing Director Wasim Khan. “I spoke to them on Monday and conveyed my decision to them separately. I also thanked them for backing and supporting the selection committee since taking over the reins of Pakistan cricket,” Inzamam said.

“I would like to take this opportunity to thank my fellow selectors, who worked tireless behind the scenes, as well as captain Sarfraz Ahmed and coach Mickey Arthur. I think we worked very well as a group, stayed together in difficult times, and continued to collectively move in the same direction.”

“The Pakistan cricket team has come a long way since the departures of stalwarts like Misbah-ul-Haq and Younis Khan in May 2017 and is now destined for improved results as the youngsters have grown in experience and stature,” Inzamam said.

“We had to pick young players and I strongly believe that these 15 to 16 players can serve around 10 to 15 years. Our job was to pick potential new players and we took a chance on many players. We had picked over 15 young players in this tenure and now in every format we have young world-class players.”

“The team could have performed better during my time than the results reflect and I may have inadvertently overlooked some potentially deserving players, but I have always had the best interests of Pakistan cricket foremost in my heart,” he added.

“Inzamam is one of the icons of Pakistan cricket who has served his country passionately both as a player and as a chief selector,” said Mani. “During his tenure as chief selector, we have seen the emergence of many talented young cricketers.

“I would like to thank Inzamam for the leadership he provided to the group and the cricket knowledge he brought to one of the most critical roles in cricket.”

PCB MD Wasim Khan said: “Inzamam leaves behind a legacy on which Pakistan cricket can thrive. We wish him all the best and I have no doubt that he will continue to contribute to Pakistan cricket in the future.” He added that the board will be looking to appoint a successor to Inzamam in the coming weeks.