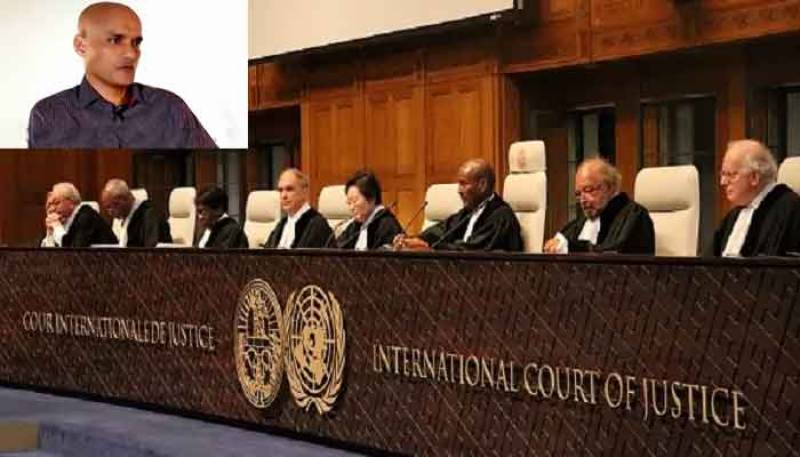 THE HAGUE: The International Court of Justice (ICJ) ordered Pakistan on Wednesday to review the death sentence for an alleged Indian spy, in a ruling hailed by nuclear rival New Delhi as a "complete victory".

Judges at the UN´s top court ruled Pakistan had breached the Vienna Convention on diplomatic relations, which gives countries the right to consular access when their nationals are arrested abroad.

The Hague-based ICJ ordered the "effective review and reconsideration of the conviction and sentence" passed on Jadhav, according to a document on the court´s website.

Pakistan "deprived the Republic of India of the right to communicate with and have access to Mr Kulbhushan Sudhir Jadhav, to visit him in detention and to arrange for his legal representation", the judges said.

India hailed the ruling as a "complete victory." "By ordering Pakistan to follow the Vienna Convention this is a complete victory for us. This opens up the possibility of consular access and a retrial in a civilian court," an Indian government official said.

India´s lawyers told the court in February that it was a "farcical case" based on "malicious propaganda". The last hearing coincided with a sharp spike in tensions between the two nuclear-armed neighbours after a suicide bombing in restive Kashmir, although relations have since improved.

Indian Prime Minister Narendra Modi hailed ICJ ruling in the Kulbhushan Jadhav case and said that truth and justice have prevailed through the verdict. Taking to Twitter, Modi congratulated the ICJ, saying that the court's verdict was based on an extensive study of facts.

"We welcome today's verdict in the @CIJ_ICJ. Truth and justice have prevailed. Congratulations to the ICJ for a verdict based on extensive study of facts. I am sure Kulbhushan Jadhav will get justice. Our Government will always work for the safety and welfare of every Indian," PM Narendra Modi said. Union Defence Minister Rajnath Singh, too, also welcomed the Kulbhushan Jadhav ICJ verdict, calming that it was a big victory for India.