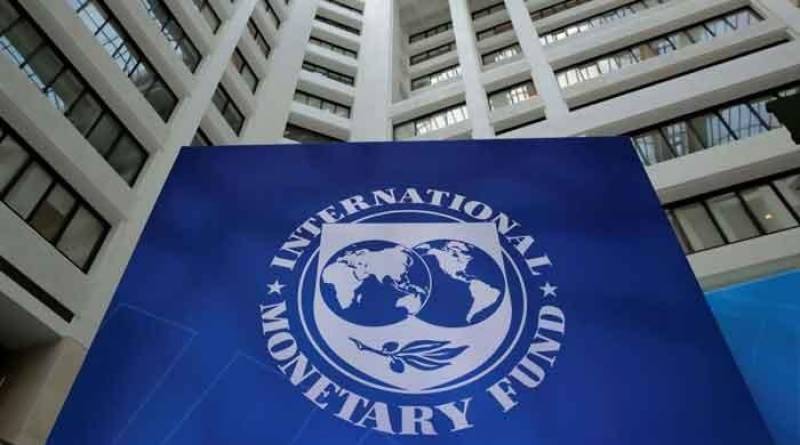 WASHINGTON: The International Monetary Fund said that the US dollar was overvalued by 6 percent to 12 percent, based on near-term economic fundamentals, while the euro, Japan’s yen and China’s yuan were seen as broadly in line with fundamentals, Reuters reported.

The IMF has been at odds with U.S. President Donald Trump over his use of tariffs to resolve trade imbalances, but its assessment that the dollar is overvalued is likely to give Trump more fodder for his frequent complaints that dollar strength is hampering U.S. exports.

Trump has railed against European and Chinese policies that lead to what he calls devaluation of the euro and other currencies against the dollar.

The Fund’s External Sector Report - an annual assessment of currencies and external surpluses and deficits of major economies - showed that current account surpluses remained centered in the euro area and other advanced economies such as Singapore, while deficits remained persistent in the United States, Britain and some emerging market economies. The report said net creditor positions had increased again, and were now at a historical peak of about 20 percent of global gross domestic product, or about four times the level seen in the early 1990s. Net debtor positions were at a similar level.

The Fund - which has warned that the U.S.-China trade war could cost the global economy about $455 billion next year - said recent trade policy actions were weighing on global trade flows, eroding confidence, and disrupting investment. But they had done nothing to reverse external imbalances thus far.

Instead of tit-for-tat tariffs, surplus and deficit countries should work to revive liberalization efforts and strengthen the rules-based multilateral trading system that has been in effect for the past 75 years, the IMF said.

It said short-term financing risks were generally contained since debtor positions were concentrated in reserve currency-issuing economies. But risks remained for the global economy.

“An intensification of trade tensions or a disorderly Brexit outcome - with further repercussions for global growth and risk aversion - could .... affect other economies that are highly dependent on foreign demand and external financing,” it said.

Over the medium term, trade tensions could become entrenched and further divergence of external stock positions could trigger “costly disruptive adjustments in key debtor economies that could spill over to the rest of the world.” It said countries with deficits, like the United States and Britain, should pare back spending in a growth-friendly manner, while those with big surpluses, like Germany, the Netherlands and Korea, should boost public infrastructure investment and discourage excessive saving.

While the report assessed the euro’s valuation as appropriate for the eurozone as a whole, it said the euro’s real effective exchange rate was 8 percent to 18 percent too low for Germany’s fundamentals, given its high current account surplus.

The report said that while China’s yuan was broadly in line with its fundamentals, IMF models showed wide divergences with desired policies from an 11.5 percent undervaluation to an

8.5 percent percent overvaluation due to uncertainties over Beijing’s policy outlook.