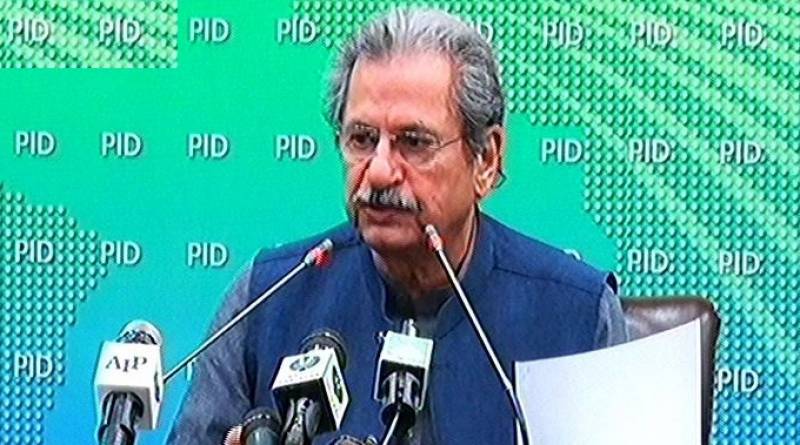 Minister for Education and Professional Training Shafqat Mehmood has said efforts are underway to implement uniform curriculum in the entire country after revising it according the needs.

Addressing a news conference in Islamabad on Thursday, he said a consensus has reached during a meeting with Tanzeemat-e-Madaris over registration of the religious seminaries under the pre-decided conditions and to stop the spread of religious hatred.

The Minister said these efforts are being made to streamline the religious seminaries while keeping them independent. He said the government will not interfere in the internal matters of the Madaris but they will be brought in the mainstream through a process of registration.

Shafqat Mehmood said the Ministry of Education will open twelve regional offices across the country, which will assist Madaris in various areas including imparting technical and vocational training.

He said un-registered seminaries would not be allowed to function. Similarly, registration of those Madaris would be cancelled, which fail to comply with conditions of registration.

The Minister said it has also been decided in the meeting that the Madaris will teach contemporary subjects of the relevant boards and the examination of these subjects will be conducted by the Federal Board.

He said the Madrassah students will be awarded certificate by the Federal Board, which will be acceptable at every forum.

Shafqat Mehmood said a department for the religious education will also be established at the Federal Board to facilitate Madaris.

He appreciated the Madaris for imparting free and quality education to deserving children and said that the Madaris are doing a national service by assisting the state and the government in imparting education to students like private schools.

He said the Chief of the Army Staff Gen Qamar Javed Bajwa and the state institutions played an important role in developing the consensus.