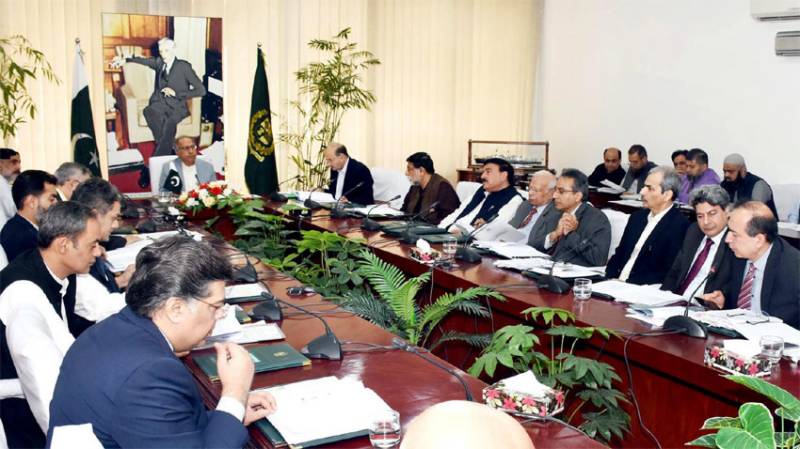 The Economic Coordination Committee of the cabinet, which met in Islamabad on Wednesday under the chair of Advisor to Prime Minister on Finance and Revenue, Dr Abdul Hafeez Shaikh, has imposed ban on export of wheat and wheat flour.

The committee also directed for convening the meeting of National Price Monitoring Committee to suggest measures for controlling price-hike trend of ‘Roti’ and wheat products in the local market with the cooperation of the provincial governments.

The Ministry of National Food Security and Research presented a report before the committee on wheat situation, highlighting that adequate stocks were available in the country to cater for the needs of the population.

The committee approved the National Fertilizer Marketing Limited  to fix the Dealer Transfer Price of 50 kg imported Urea bag at one thousand and eight hundred rupees, which is one hundred and sixty-six rupees less than the prevailing average market price of Sona Urea.

The ECC allowed PIA Corporation Limited to make a re-appropriation in its already approved budget of twenty-four billion rupees for the upgradation of in-flight entertainment system of its fleet for eight Boeing-777 aircraft.

The ECC also considered and approved the notification of Minimum Indicative Prices of tobacco for the current fiscal year.

The report on National Poverty Graduation Programme of 82.60 million US Dollar was also submitted for compliance of the ECC by the Secretary Economic Affairs Division.