Opposition faces yet another humiliation in the Senate
18 Feb, 2022 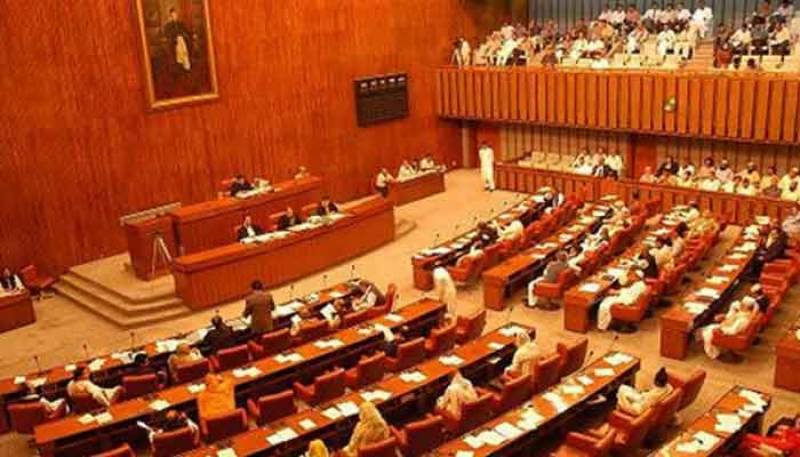 ISLAMABAD – The opposition in the Senate faced another defeat when the government managed to get three bills passed from the upper house of parliament.

Ahead of the vote, Leader of the Opposition in the Senate Yousaf Raza Gilani said that a public hearing was necessary before approving the price. However, Leader of the House Senator Shehzad Waseem said that the bill was already passed with consensus in the relevant standing committee.

Senator Raza Rabbani said that the bill should have been put before the Council of Common Interest. But on the other hand, Minister for Science and Technology Shibli Faraz clarified that the bill empowers OGRA and has "nothing to do with the IMF and CCI."

When the bill was presented before the House, the Opposition staged a walkout and the bill was passed by the Senate after the Dilawar Khan group voted in favour of the bill.

In the initial voting, 29 senators voted in favour and the same number of lawmakers voted against the bill. However, the bill was passed by the Upper House after Chairman Sadiq Sanjrani voted in favour of the bill.

The same happened during the allied health professional council’s bill; the senate chairman cast the decided vote in favour of the law.

Shibli Faraz accused the opposition of selectively citing rules and distorting facts. He said it was the job of the regulatory authorities to look after the public interest and the government was empowering them to make them free from the executive’s influence.

Taj Haider of the PPP noted that the way forward was use of modern technology to control line losses and not the frequent hike in tariff. He also called for work on the Pak-Iran gas pipeline project to get gas at a much cheaper rate.

She said despite subordinating Pakistani institutions to the IMF, Pakistan would stay on FATF grey list.