US Military chief in Afghanistan hits out hard against Afghan Taliban
18 Dec, 2020 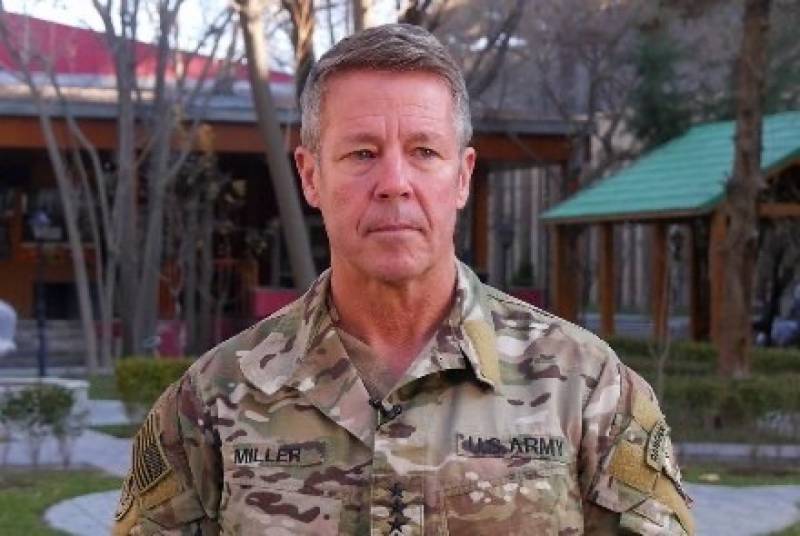 ISLAMABAD- Gen. Scott Miller, the US and NATO forces commander in Afghanistan, has said that the Taliban are using violence as a leverage and that they must reduce the violence because they’re the “instigators” of it.

“Clearly, the Taliban use violence as leverage. It's a tool they've used for a long time and it's one they're loathe to abandon. We press them pretty hard on violence. You know, we have been pressing them since 1 March 2020,” Miller told reporters on Wednesday.

“I've been very consistent that the Taliban must reduce the violence. That's one because they're the instigators of it, and that'll bring the violence down all around. But if we don't, my assessment is that it puts the peace process at risk and the higher the violence, the higher the risk. And I also believe that this opportunity for peace should not be squandered,” Miller said.

Miller said the Afghan security forces are absolutely essential to the peace process and that “they have to hold terrain and they have to protect the people.”

“They (Afghan forces) certainly have our support to build sustainable security institutions. But they have to hold. We are making sure they know we're still there from an air support standpoint and able to help and protect them during combat operations,” Miller said.

Meanwhile, US Chargé d’Affaires Ross Wilson said that violence is “an unbearable burden on the Afghan armed forces, and it’s an unbearable burden for Afghan society, including the raging attacks in urban areas, assassinations, kidnappings market bombings and other activities like that, not all of which may be Taliban carried out, but the cumulative effect of that high level of losses is unraveling the situation.”

This comes as Miller on Sunday, Dec. 13, said he “has orders to reduce the US military presence to 2,500” and that “part of this is in line with US-Taliban agreement.”

He said that the troop reduction will be done “in accordance with conditions.”