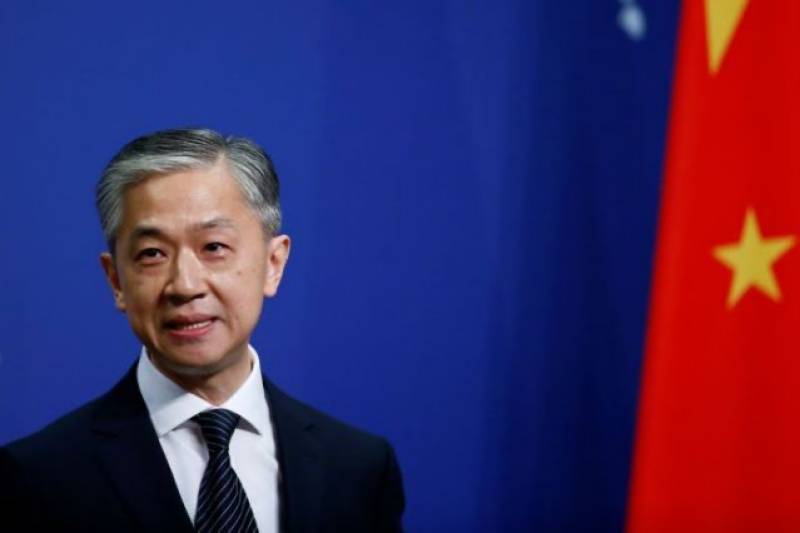 BEIJING: China on Thursday thanked Pakistan and other relevant countries and international organisations, including European Space Agency, Argentina and Namibia, for providing support and assistance for Chang’e-5 lunar exploration mission.

“The Chang’e-5 lunar exploration mission has received support and assistance from relevant countries and international organisations including the European Space Agency, Argentina, Namibia, and Pakistan. China expresses its heartfelt thanks to them,” Chinese Foreign Ministry’s Spokesperson, Wang Wenbin said during his regular briefing held here.

He informed that in the early hours of this morning, Chang’e-5 successfully returned to Earth after completing its 23-day space journey. The mission of the lunar exploration project Chang’e-5 was a complete success.

“Xi Jinping, General Secretary of the CPC Central Committee, President of the State, and Chairman of the Central Military Commission, sent a congratulatory message. We are all deeply inspired and excited,” he added.

Wang Wenbin said that as China’s most complex aerospace system project with the largest technological span, Chang’e-5 marks a major step forward for China’s aerospace and will contribute to the deepening of mankind’s scientific understanding of the origin of the moon and the evolution of the solar system.

He remarked that the pace of human exploration of space is endless. But “there is nothing difficult, as long as you are willing to climb”.

The spokesperson said that the Chinese side is willing to work with other countries in the world to carry forward the spirit of chasing dreams, exploring courageously, cooperating in tackling tough issues, and cooperating for win-win lunar exploration, so as to make greater contributions to the peaceful exploration and use of outer space and the building of a community with a shared future for mankind.