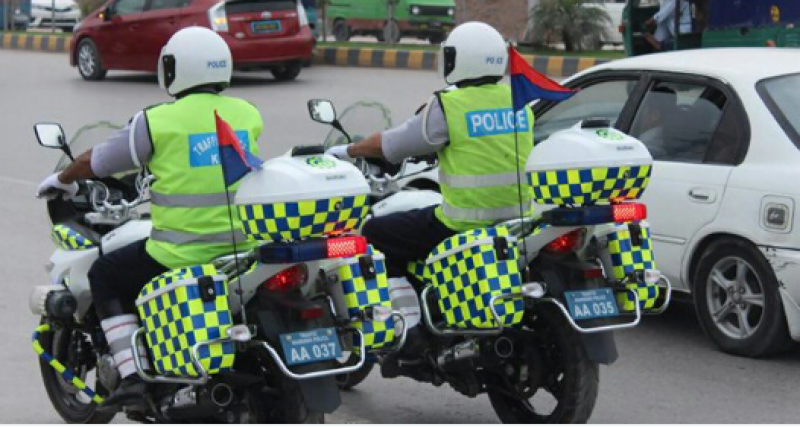 As per details, MPA Shaukat and Bahadur Khan were ticketed by traffic police for not wearing seat belts in Peshawar here today.

Both the lawmakers appreciated the traffic policeman for his action against the traffic violation.

Earlier on November 17, two women legislators of KP assembly were fined for traffic violation in Peshawar.

According to the details, traffic police issued challan to MPA Falik Naz and her friend, when they were travelling in a car without wearing seat belts on Ring Road.

Despite showing their identity, the dutiful police officer issued challan worth Rs200 to them. The car was being driven by one of the MPAs husband and he also did not wear the seat belt at that time.