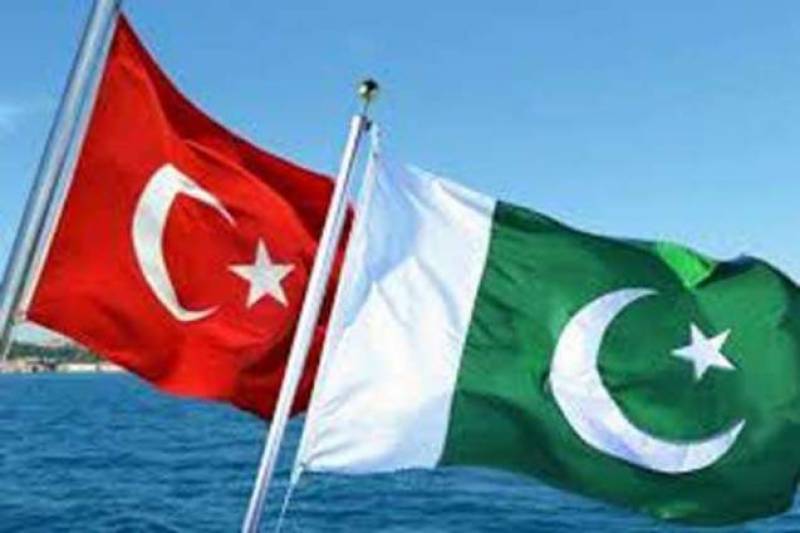 The both sides expressed their resolve to control terror financing in a meeting between State Minister for Interior Shahryar Khan Afridi and a Turkish delegation headed by Interior Minister of Turkey Suleyman Soylu.

Underlining the need for taking urgent measures in this regard, the two countries discussed matters pertaining to mutual cooperation and coordination.

During the meeting, Minister of State for Interior Shehryar Afridi informed his counterpart that several measures were being taken by Pakistan to stop terror financing and determined to get rid of the menace.

The sacrifices and performance of the Law Enforcement Agencies were unparallel he said and added their armed forces were fully equipped to eradicate menace of terrorism from the country.

Pakistan has sacrificed over 70 thousands lives and faced the economic losses in tune of billions of dollars in the war against terrorism.

Terming both countries resolve against terrorism unprecedented, the minister said they were facing identical issues on different front for which collective efforts were required.

Turkish interior minister lauded the efforts and achievements of Pakistan against terrorism, saying "Terrorism is a cancer".

Pakistan and Turkey had to enhance their coordination against the menace, he added.

He assured Shehryar Afridi for his country full support against terrorism and cyber crime in future.

He also offered to provide facilities to the Pakistani Police for their training.

Shehryar Afridi said both countries enjoyed their relations on religious, historical and spiritual basis and assured his counterpart for strenghtening their ties in Naya Pakistan.