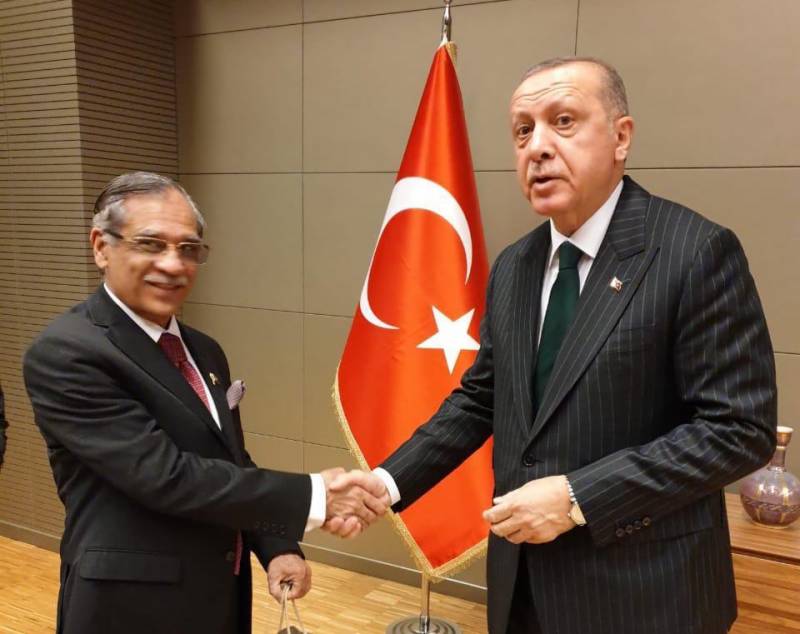 ISLAMABAD - The Chief Justice of Pakistan participated in the"Shab-i-Arus"held in Konya, Turkey to commemorate the 745th death anniversary of the great Sufi saint and philosopher, Maulana Jalaluddin Rumi, and witnessed the "Sema"ceremony as part of the commemorative events.

Earlier Chief Justice held a meeting with the President of the Turkish Constitutional Court, Prof. Dr. Zuhtu Arslan in Ankara. During the meeting, the two sides exchanged views on legal and judicial matters of mutual interest.

Chief Justice Saqib Nisar briefed his Turkish counterpart on the working of the judicial system of Pakistan. He also outlined the initiatives being taken by the Supreme Court of Pakistan in furtherance of the fundamental rights of the people of Pakistan.

He emphasized that promotion and protection of the fundamental rights of the common citizens of Pakistan remained the highest priority for the Supreme Court, as provision of these rights had a direct impact on the lives of the common citizens. He said that the Supreme Court was working to ensure that the Executive would take all possible measures to uphold these fundamental rights.

In this regard, the Chief Justice briefed Prof. Dr. Arslan regarding his initiatives for water management, population control, provision of health facilities, and ensures justice and rule of law.

Both sides agreed to further strengthen institutional collaborations between the highest Courts of the two countries.

The Chief Justice is currently on an official visit to Turkey at the invitation of the President of the Constitutional Court of Turkey.