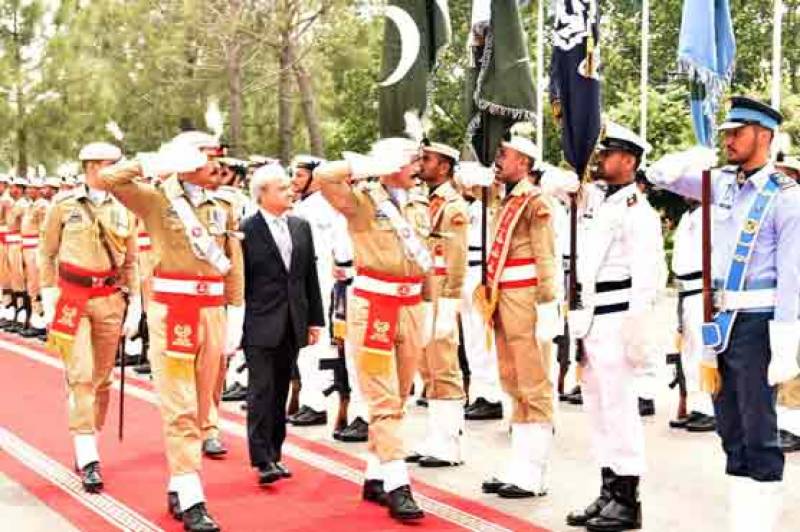 He was given a guard-of-honour after he resigned from his position on Friday.

The former chief justice took oath as the interim prime minister on June 1 and oversaw the functioning of the caretaker setup for a period of two months and 17 days.

Justice (retired) Nasirul Mulk was born on August 17, 1950 in Mingora, Swat. He completed his degree of Bar-at-Law from Inner Temple London and was called to the Bar in 1977.

He is remembered for the way he conducted a contempt case against then prime minister Yousuf Raza Gilani.

He convicted the then chief executive for 30 seconds while maintaining the dignity and honour of the court, and left the disqualification issue open to the Election Commission of

Pakistan and the then speaker of the National Assembly, Dr Fehmida Mirza.