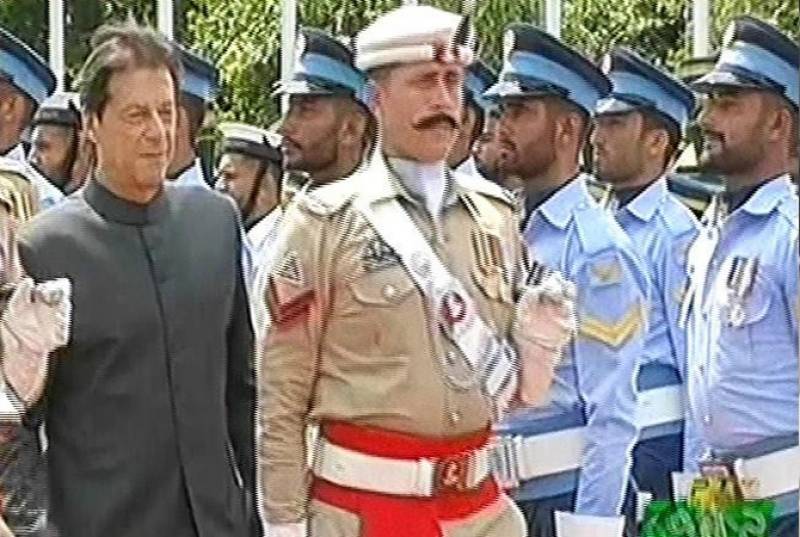 A smartly-turned out contingent of armed forces presented the guard of honour to the premier as he arrived at the PM House from the Presidency after taking oath of his office.

After receiving the guard of honour, he shook hands with the PM House staffers. Earlier, President Mamnoon Hussain administered the oath to Mr Khan this morning at the Presidency, a day after he was elected as 22nd prime minister of the country by the National Assembly to form the government at the Centre.

Clad in black sherwani, the prime minister arrived at the Presidency. The ceremony began with recitation of the Holy Quran, which was followed by the president taking oath of the office from the newly elected prime minister.

With the oath-taking of the PM, the caretaker government at the Centre stood dissolved.