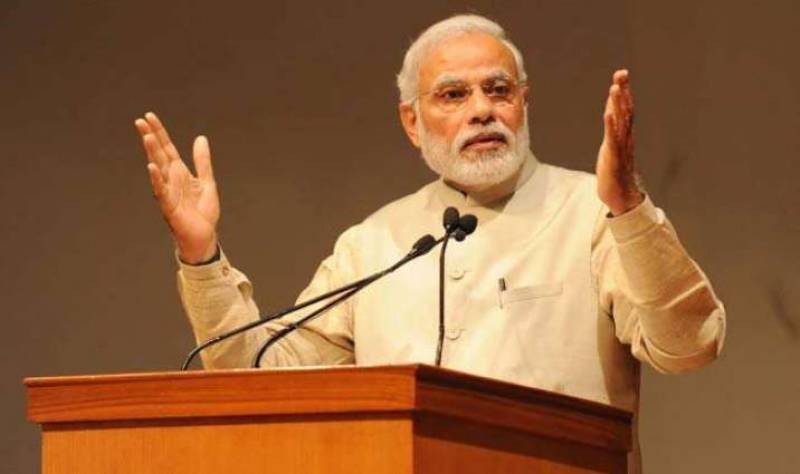 SRINAGAR: The Jammu and Kashmir Peoples Movement (JKPM), a constituent of the All Parties Hurriyat Conference (APHC) in Indian occupied Kashmir has criticized the Indian Prime Minister, Narendra Modi, for his Kashmir remarks in his Independence Day speech.

According to Kashmir media service, the Indian Prime Minister in his speech had said that only a warm and affectionate embrace, not bullets and abuses, will resolve the Kashmir dispute.

The JKPM Chairman, Mir Shahid Saleem in a statement in Jammu said that on one hand, Narendra Modi had given a free hand to the Indian troops to kill, arrest and harass the Kashmiris and on the other, he was talking about embracing the Kashmiris.

He termed it a cruel joke with the people of Kashmir. APP