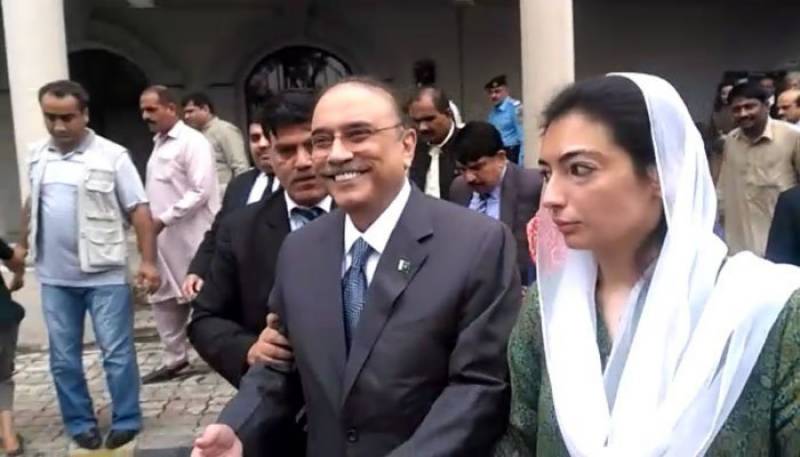 ISLAMABAD - The Islamabad High Court has approved a petition of protective bail submitted by former president Asif Ali Zardari in a money laundering case on Saturday.

Pakistan Peoples Party (PPP) co-chairman appeared before the IHC along with his daughter Aseefa Bhutto Zardari and the Justice Miangul Hassan Aurangzeb approved Zardari’s request during an in-chamber session.

Zardari had filed a petition in the IHC through his counsels Aitzaz Ahsan and Latif Khosa after a local banking court on Friday issued non-bailable arrest warrants for the former president and other absconding suspects in an ongoing probe against a multi-billion money laundering scam.

In his plea, the former president stated that he wants to appear before the trial court but is seeking protective bail over fears of getting arrested.

Zardari also requested that he be exempted from appearing before the Federal Investigation Agency (FIA).