CM Baluchistan lashes out at India over terrorism financing
18 Aug, 2016 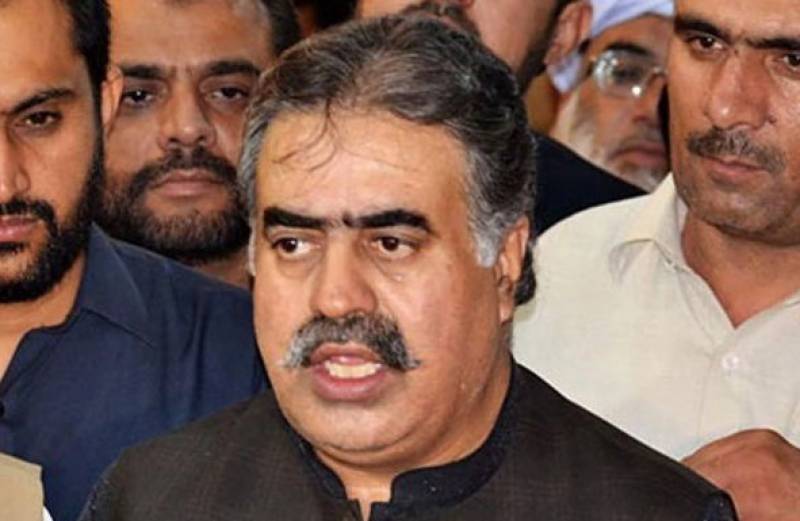 He said India was involved in terrorism incidents including Quetta suicide blast which claimed lives of lawyers, journalists and common people in the province.

Addressing a ceremony, he said in 1947, their ancestors had themselves announced to make Balochistan part of the newly created country - Pakistan.

He said :"The statements of Indian prime minister, Narendar Modi which were welcomed by self-exiled leader, Brahamdagh Bugti have proved that India was directly involved in acts of terrorism in Balochistan."

He read a condemnation resolution against Indian prime minister, which was adopted by the people, who attended the ceremony.

The Chief Minister said that so-called nationalist leaders caused bloodshed in Balochistan and disrupted the peace in the province.

"You are watching that people of Balochistan have strongly reacted against Indian prime minister Modi's statements over Balochistan by coming on roads and taking out protesting rallies", he added.

He said "Indian intelligence agency, RAW was involved in Quetta civil hospital suicide blast which claimed lives of innocent lawyers and other people."

He said that self-exiled leader, Brahamdagh Bugti did welcome statements of Indian prime minister over Balochistan which confirmed that Indian spy agency RAW was funding acts of terrorism in the province.

"We will bring terrorists to justice at any cost," he added.

He paid rich tributes to martyrs and their families saying "We will not betray our martyrs,".

He said that some elements were playing in the hands of India to mint money and added that India would not be allowed to interfere into Balochistan.

He said :"Nefarious designs of India in Balochistan will be foiled at any cost."