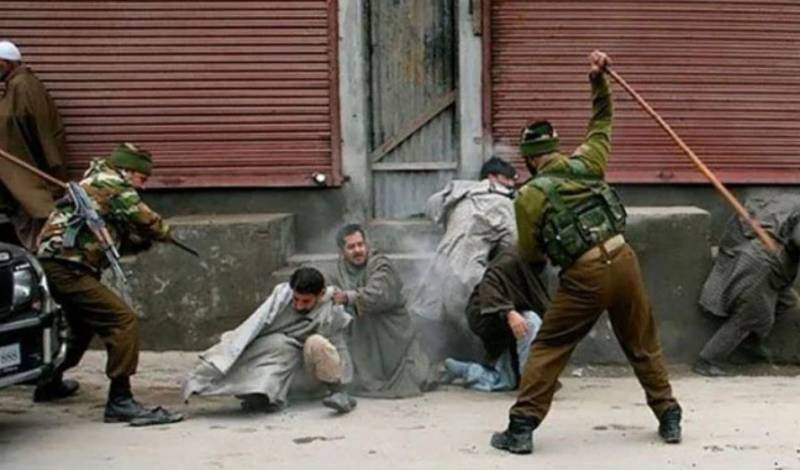 The report highlighted a large-scale HR violations in India accusing it of committing unlawful and arbitrary killings, including extrajudicial killings by the government or its agents; torture and cases of cruel, inhuman, or degrading treatment or punishment by police and prison officials; harsh and life-threatening prison conditions; arbitrary arrest and detention by government authorities; political prisoners or detainees; arbitrary or unlawful interference with privacy; restrictions on free expression and media, including violence, threats of violence, or unjustified arrests or prosecutions against journalists, use of criminal libel laws to prosecute social media speech; restrictions on internet freedom; overly restrictive laws on the organization, funding, or operations of nongovernmental organizations and civil society organizations; refoulement of refugees; serious government corruption; government harassment of domestic and international human rights organizations; lack of investigation of and accountability for gender-based violence; crimes involving violence and discrimination targeting members of minority groups based on religious affiliation, social status or sexual orientation or gender identity; and forced and compulsory labor, including child labor and bonded labor.

The US report link states that killings by government and nongovernment forces were reported in Held Jammu and Kashmir, northeastern states, and Maoist-affected areas of the country. The South Asia Terrorism Portal reported the deaths of 23 civilians throughout the country as a result of terrorism as of November 27.

According to the report link, on March 31, UN special rapporteurs asked the central government to provide details regarding allegations of arbitrary detention, extrajudicial killings, and disappearances in Held Jammu and Kashmir, including the status of Naseer Ahmad Wani, who disappeared in 2019 after being questioned by army soldiers.

The Association of Parents of Disappeared Persons, Kashmir (APDP) reported two cases of disappearances during the year, one in Bandipora District of North Kashmir in July and another in Baramullah in June. Both persons remained missing, and the APDP claimed the National Human Rights Commission declined to investigate the cases.

Under the head of arbitrary arrest or detention, the report link says according to human rights NGOs, police used torture, mistreatment, and arbitrary detention to obtain forced or false confessions. In some cases police reportedly held suspects without registering their arrests and denied detainees sufficient food and water.

Following the 2019 abrogation of autonomous status for Held Jammu and Kashmir, authorities used a public safety law to detain local politicians without trial, but most were subsequently released. Media reports indicated some of those released were asked to sign bonds agreeing not to engage in political activity after release. A few prominent politicians declined to sign and were still released. Former Held Jammu and Kashmir chief minister Mehbooba Mufti, who was released in October 2020, alleged that she was frequently subjected to periods of house arrest.

The report link says that under the Public Safety Act (PSA), which applies only in Jammu and Kashmir, permits authorities to detain persons without charge or judicial review for up to two years without visitation from family members. The press reported that the number of PSA detentions rose to 331 from 134 in 2020.