The untold conversation between Pakistani and US diplomats at the farewell lunch leading to American conspiracy
18 Apr, 2022 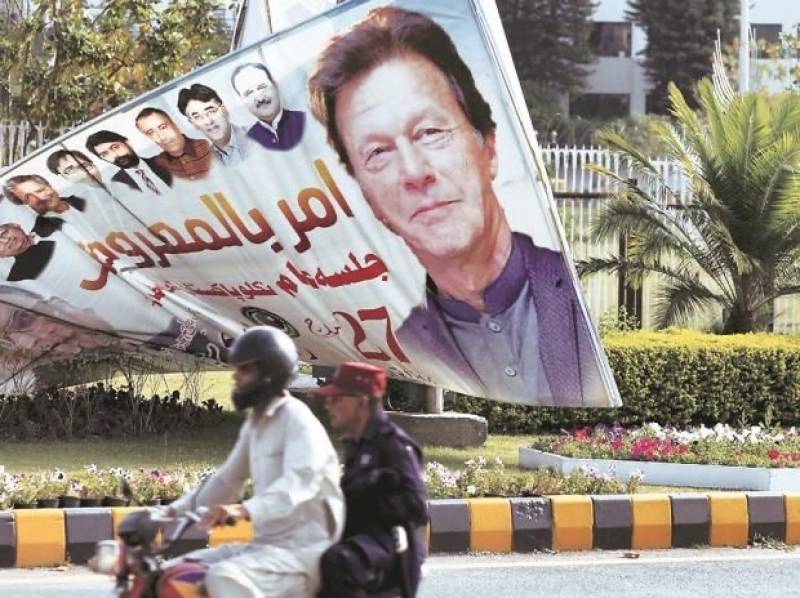 The conversation that rattled the then Prime Minister Imran Khan link government in Pakistan link took place on March 7 at a farewell lunch for the country's ambassador to the US Asad Majeed Khan at his residence in Washington, which is also known as Pakistan link House, a media report said on Sunday.

Citing diplomatic and official sources, Dawn newspaper reported that a note-taker also attended the lunch meeting and the cable that Ambassador Khan later sent to Islamabad was based on the notes taken by the note-taker, who was from the Pakistani Embassy.

Since the lunch meeting attended by Assistant Secretary of State for South and Central Asian Affairs Donald Lu and Deputy Assistant Secretary Lesslie C Viguerie - was held less than two weeks after the Russian military operation against Ukraine, the invasion dominated the conversation, the paper said.

The sources said the US side expressed its disappointment' with Pakistan link decision to send its prime minister, Imran Khan link, to Moscow the day Russia invaded Ukraine, the paper said.

They pointed out how the invasion had angered the entire American nation and explained why they thought Khan should have postponed his visit, one of the sources said.

Another source said Lu hinted that Washington believes the final decision to go ahead with the visit despite the invasion was that of Imran Khan link although some Pakistani officials had suggested postponing it, the paper reported.

Ambassador Khan, according to these sources, argued that it was a collective decision and that Pakistan had been trying for a Moscow visit for years. And when the invitation came, they could not turn it down or postpone it.

The Americans, however, argued that Islamabad should have also considered Washington's sensitiveness on this issue before going ahead with the visit, the paper said.

The sources said the conversation then drifted to the current political environment in Pakistan, and Lu pointed out that Washington was keenly watching the situation and the outcome of a no-trust move against the then prime minister would impact US-Pakistan relations as well, the paper said.

One source claimed Lu's arguments were alarming and far from routine, but he did not threaten a regime change.

The source also claimed that no one attending the meeting felt that the Americans were hatching a conspiracy to topple the Pakistan Tehreek-e-Insaf government led by Khan.

No, there's no conspiracy. Nobody got that impression, the source added. But they did say the outcome will impact bilateral ties, which can be interpreted either way.

The sources said the Americans never concealed their disappointment with Pakistan over Khan's Moscow visit. They claimed that Army Chief Gen Qamar Javed Bajwa had planned to visit Washington in April, but postponed it after learning how the Americans felt about Ukraine.

I never thought it was a US conspiracy, but it triggered certain reactions that impacted the domestic political situation in Pakistan, another source said. What Lu said reflected what the Biden administration feels and thinks. It was very unusual. Not one bit routine.

The source claimed that the defence attache's presence in the lunch meeting, and his earlier engagement with US officials on the Ukraine issue, explained why Gen Bajwa's comments on Ukraine marked a significant departure from Khan's policies on this issue, the paper said.

Khan had argued that Pakistan made a mistake by joining the West during the Cold War, it should remain neutral in the Russia-Ukraine conflict and refused to condemn Moscow's invasion.

Addressing a seminar in Islamabad on April 2, Gen Bajwa, however, slammed Russia's military attack on Ukraine, calling for an immediate cessation of what he described as a huge tragedy inflicted on a smaller country.

Last week, the Army also dismissed Khan's allegations of a US conspiracy, although it acknowledged that Washington had used language in the lunch meeting that amounted to interference in Pakistani affairs.

Military spokesman Major General Babar Iftikhar said that the National Security Council's meeting on this issue expressed grave concern at the communication from Washington, but did not use the word conspiracy'.

On April 8, in his last address to the nation as prime minister, Khan reiterated his allegations that a senior US diplomat threatened a regime change in Pakistan.

In another statement, Khan also named the official - Donald Lu - who allegedly made that threat during a meeting with Ambassador Khan.

Khan, 69, became the first prime minister in Pakistan who was removed through a no-trust vote on April 9 - a move he alleged was the outcome of a 'foreign conspiracy' orchestrated by the US.

On April 10, while commenting on Khan's claim, a US State Department spokesperson said: Let me just say very bluntly there is absolutely no truth to these allegations, according to the Dawn report.

Khan has been trying to build a narrative that he was a victim of international link and his party has demanded a probe by the Supreme Court.

Prime Minister Shehbaz Sharif has announced that a committee of the parliament would be briefed by the army and other officials about the letter, and also committed to resign if proved that the US conspired to remove Khan.